Ravi Bopara and Ryan ten Doeschate play for Essex in the English County at present.

Essex players Ravi Bopara and Ryan Ten Doeschate visited the Arsenal Football Club training ground where Arsenal players Theo Walcott, Alex Oxlade-Chamberlain, Gabriel Paulista and David Ospinia were waiting for them. The sex of the split themselves into a team of two and tested out their accuracy with the bowling skills. Bopara teamed up with Gabriel and Walcott with Ten Doeschate, Oxlade-Chamberlain and Ospinia on the opposite side. The footballers got some tips as to how to bowl from the two cricket veterans and after that they got down to business. All the players got three chance to have a go at the stumps and the team that hits the wickets the maximum amount of times wins the competition.

The bowl out was level at 5-5 with Ospinia and Gabriel being the worst among the lot. But the match was eventually decided after a sudden death. Walcott was representing his side and Oxlade-Chamberlain was representing his. The duo missed their first attempts but Oxlade-Chamberlain hit the wickets in his second attempt but Walcott missed which ensured ten Doeschate’s team won in sudden death.

Arsenal play Newcastle United in the their next fixture in the Barclays Premier League on Saturday. Arsenal have had a mixed beginning to their campaign so far, having won one, drawn one and lost one. Their latest match was against Liverpool at The Emirates Stadium, which ended in a goalless draw. Bopara and Ten Doeschate play for England and Netherlands respectively. While Bopara is looking to make a comeback into the England team, Ten Doeschate currently possesses the highest average in One-Day Internationals (ODI) in the world with 67. 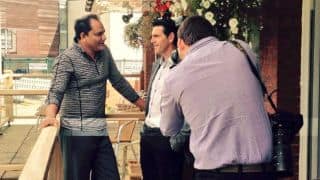 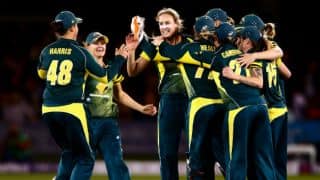