Bishop became quite emotional during the final moments and that was prominently reflecting from his voice.

The West Indies vs England final of ICC World T20 2016 final match was one of the most exciting matches of the tournament. West Indies won the thriller in the last over as Carlos Brathwaite pulled off a brilliant 4-ball-4-sixes stunt and a lot of controversial gestures from the players followed. But the scene inside the commentary box was completely different as David Lloyd showed a heart-touching act and let Ian Bishop take the final call of the winning moment, though it was planned otherwise. An array of Tweets and a video recently revealed the incident that occurred behind the camera. FULL CRICKET SCORECARD: England vs West Indies , Live Score, Final Match, ICC T20 World Cup 2016

The senior Vice President of Ten Sports tweeted describing the incident, “Here @BumbleCricket was the lead. Yet he allowed @irbishi (Ian Bishop) to call the final ball himself. Best bit of commentary ever!” while David ‘Bumble’ Llyod himself shared on Twitter, “Fabulous to be on…….”over to you , Bish !” What a lovely man he is”.

Bishop became quite emotional during the final moments and that was prominently reflecting from his voice. He also went on praising Carlos Brathwaite, describing him as a ‘Superstar under construction’.

West Indies won their second T20 title on Sunday after beating England by 4 wickets in the finals at Eden Gardens in Kolkata. After Marlon Samuels s splendid knock of 85 off 66 balls while chasing 156 runs, it was down to the last over of the match with 19 needed off it. Carlos Brathwaite then smashed 4 consecutive sixes off Ben Stokes to seal victory for the West Indies. The Windies celebrated their win thoroughly as the Champion song was everywhere to be heard.

Also, the West Indies Women s team won their T20 World Cup 2016 final against Australia Women by 8 wickets on the same day as Stafanie Taylor, their captain was awarded the Player of the series award. All in all, the West Indies conquered it all in the year. 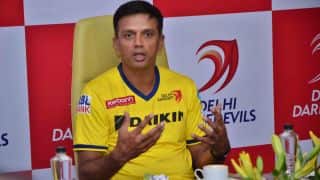 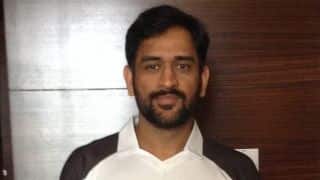