The year started with Ben Stokes' double ton in South Africa and ended in the same country with Stephen Cook's century.

2016 was probably a healthy year for Test cricket. Despite some big tournaments like ICC World T20 a good amount of Tests were played. 47 Tests were played in the year, which is the the highest since 2005 and fifth most in a calendar year. Test cricket saw plenty of excellent knocks by batsmen. The year started with Ben Stokes‘ double ton in South Africa and ended in the same country with Stephen Cook’s century. In between, the year saw the domination of Virat Kohli, Joe Root, Jonny Bairstow, Azhar Ali, Alastair Cook, Steven Smith, etc. Kohli was the only batsman whose every hundred yielded in wins.

On the other hand, other players like Root, Bairstow, Smith and Azhar saw plenty of defeat despite their heroics with the bat. Overall, it was Kohli who dominated the most this year. 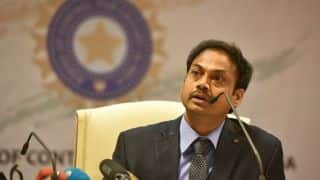