Abdur Rehman was banned from bowling against Bangladesh for bowling beamers.

Rangana Herath had finished with near-absurd figures of 3.2-2-3-5 against New Zealand in the recently concluded World T20 tie at Chittagong. Abhishek Mukherjee looks at a few other freakish bowling performances in the history of the sport.

Rangana Herath‘s spell of 3.2-2-3-5 was one in a string of rather unusual bowling performances across the years. However, there are a few others as well that deserve a mention:

It has not been long since Abdur Rehman had been banned from bowling in the match for bowling beamers. There was nothing new with that – barring the fact that Rehman had not bowled a single legal ball till then. He has conceded the most runs without bowling a ball in an innings.


Alam’s figures are spectacular, but not unbelievable. Hedley Verity had returned figures of ten for ten. What makes Alam’s feat unbelievable is the fact that it is the only ten-for in a limited-over match between two countries. Alam also found his way in the Guinness Book of World Records.

Everyone knows about Jim Laker and his 19-wicket haul at Old Trafford; the eight for two is generally forgotten. Playing for England against ‘The Rest’ at his hometown of Bradford, Laker had managed to rout the latter with a spell of pinpoint accuracy and unplayable turn. It must be remembered that 50% of the runs off Laker came from a single by Eric Bedser, thanks to a previous agreement between the two.

On that day against Surrey at Grace Road, Charlie Palmer had conceded 250% more runs than Laker had, but what made his figures stand out was the fact that seven of these dismissals were bowled.

It is a fact that Courtney Walsh’s magic figures were achieved against Sri Lanka, the minnows of the era, but the numbers are so magical  that you cannot really leave them out from a list like this. From 50 for five Sri Lanka had slipped to 55.

Some feats remain etched in public memories and quiz books forever; Bapu Nadkarni’s haul remains one. It is difficult to believe that it was in this Test that Budhi Kunderan had scored 170 runs in a day. Brian Bolus and Ken Barrington had decided to set up tent when Nadkarni went on bowling with pinpoint accuracy, The 131 dot balls in a row were, however, not a world record. That belonged to Hugh Tayfield, who had bowledf 137 (in an eight-ball over match).

It was all set to be a 1950 encore. At Edgbaston, Alf Valentine was missing, but Sonny Ramadhin had scythed through England to bowl them out for 186. There was a delightful hundred from Collie Smith, and the tourists obtained a 288-run lead before reducing England to 113 for three. Peter May and Colin Cowdrey then added 411, Ramadhin ended up bowling 588 balls in the innings and 774 in the Test — both existing world records.

Bert Vance’s over at Lancaster Park was the brainchild of John Morrison and Ervin McSweeney. To force Lee Germon andf Roger Ford to commit an error Vance bowled deliberate no-balls and long-hops; only one of his first 17 balls was a legal one; he ended up conceding a whopping 77; and his side almost ended up losing.

There is nothing particularly unusual about Mohammad Rafique‘s figures against Hong Kong in the 2004 Asia Cup barring the fact that he remains the only bowler to have sent down more than 60 balls in a 50-over match. Everyone, including the scorers, had miscalculated, leading to Rafique starting an 11th over.

The summer of 1956 had witnessed Laker picking up ten for 53 against Australia at Old Trafford. However, that was not the first ten-for against them on the tour: two months before Old Trafford had happened a Surrey-man had ten for 88 against them in a tour match at The Oval. His name? Jim Laker.

And finally, Arthur Mailey‘s spell against Gloucestershire at Cheltenham that had inspired 10 for 66 and All That, arguably the finest autobiography by any cricketer. 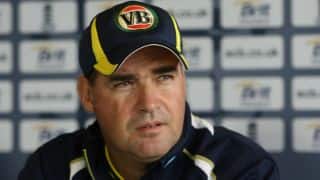