The year 2015 was not as eventful for any other international cricket team as it was for Australia, who lost more than what they gained.

The year 2015 was not as eventful for any other international cricket team as it was for Australia, who lost more than what they gained. They began with a drawn Test against India at Sydney, won a, well, inconsequential tri-series at home that included a hapless England and a disinterested India, did well to win the ICC Cricket World Cup 2015 in their backyard, won in the West Indies, got ridiculed in England in The Ashes, lost six frontmen, and re-embarked on an arduous journey of ‘rebuilding’. Australia’s fortunes swung either ways without any signal, and most of the times, they were caught unaware.

Australia dreamt of a World Cup win, they achieved it. But then, there was also the humongous challenge of winning The Ashes in England — a feat that they have not achieved since 2001. Australian pride remains hurt for not having won in England, despite having the better team, despite having the momentum on their side, and despite facing a team unsure of its very existence. Australia made the improbable, probable for England, and the hosts savoured the tourists’ ineptness across areas.

The trick of excelling in England lies in playing the County Championship to a large extent. Australians of the past have done both — played in County and won The Ashes in England. But the current lot continued to prove that they were not even a shadow of their past. The enigma of Mitchell Johnson was missing; Mitchell Starc and Josh Hazlewood were wayward; and the batting lacked spine in England with Michael Clarke leading a battered, bruised and a bewildered bunch of cricketers. Even those who had experience of English conditions faltered.

It was a dream start to the year for the Australians. India managed to force a draw at Sydney and with them not paying any attention to the tri-series, the task was easy. England were a no-show in the early 2015 while Australia gained momentum since the World Cup. They started with a mundane thrashing of England in the first contest, and survived a scare against Sri Lanka as the tournament progressed. Somewhere in between, there was that nail-biting low-scoring contest versus New Zealand, which reminded us of the good old Australian team and the nearly-extinct trait of ‘Australianism’.

The only time in 2015 when Australia resembled an unbeatable side was in the business end of the World Cup. A fidgety Shane Watson came out unscathed from a stunning spell from Wahab Riaz in the quarter-final. Steven Smith and company out-batted India in the semi, and New Zealand were no match the moment Starc knocked down the marauding Brendon McCullum’s off-stump in the final. The game at Melbourne proved to be a fitting farewell for Clarke and Brad Haddin from the shorter format, and Australia officially entered into a rebuilding phase in ODI cricket.

The tour of the Caribbean saw Adam Voges — an intriguing selection in Australian cricket — rising in the ranks very late in his career. Australia envisioned another old-time-like warrior in Voges. And he had played County cricket too. Against a piteous West Indies, Voges became the oldest debutant in Test cricket to score a ton. While Voges lived a fairytale and others revelled in it, not many saw the embarrassment that was in store. Voges’s fairytale soon turned into a nightmare in England.

Haddin dropped The Ashes on Day One at Cardiff, with Joe Root getting a reprieve at naught. Root returned to the pavilion 134 runs later, probably with The Ashes. Australia fumbled, showed ineptness on a flat deck, and against Moeen Ali. England were up 1-0. Australia like London; at Lord’s, Smith got into the zone. He became the first Australian after Matthew Elliott in 1997 to smash a double century in England, and first since Bill Brown in 1938 at Lord’s. Johnson bowled a fiery spell that possibly decided the fate of the match. But that was it.

The first days of the third and fourth Tests saw Australia being shot out for 138 and 60 in their first innings. One can imagine, there are hardly ways left to make comeback when your batsmen do not get runs in Test cricket. Australia snatched a consolatory win in final Test, but there was nothing to cheer about. The Ashes was gone. And so was an army.

Clarke took the blame, and bowed out of cricket with immediate effect. Rogers confirmed he was going too. Haddin had already reached home; he pulled the plug from his career few weeks later. Ryan Harris did not play in West Indies or in England. He retired upon reaching Old Blighty, pumped up for retaining the Ashes, only to discover that he was injured again.

Australia managed to clinch the ODI series in England, but lost in the one-off T20. But there was nothing that could erase the pain of Ashes defeat; even some sheen went off their ‘world champions’ tag.

Somewhere in between, Shane Watson felt he had enough. The cricketing cliché of retiring from one format to extend chances in the other was thrown up in the media, as Australia lost one more Test cricketer.

In October, Australia opted against traveling to Bangladesh, and Smith began his tenure against New Zealand at home next month. The decline had already begun for the Kiwis since the England tour. The first Test of the Trans-Tasman Trophy 2015-16 largely remained one-way traffic. The series had some excitement since then, with Ross Taylor notching up 290 at WACA and the first-ever day-night Test at Adelaide Oval having an exciting, controversial end in favour of Australia.

The hosts had won, but lost again. WACA remained Johnson’s den for years, but when he found out that the excitement of playing cricket was fading — even at his favourite hunting ground in Perth — he bowed out.

Then came the horrendous West Indies, as Australia took two Tests to complete 20 years of their domination in the Frank Worrell Trophy. The final Test of the series will be played starting January 3, but as you can make out, there is hardly any excitement about it.

No cricketing powerhouse can find its feet steady after losing six key men, but thanks to Australia’s tradition of being strong at home, there were not many worries towards the end of the year. Or maybe, they did not have stronger Test sides lined up for the summer.

Hazlewood played 12 Tests, and bagged 51 wickets. Lyon had 48 scalps in 13, and Starc, 46 in 11. These three now form the frontline of Australia’s bowling attack.

While Starc was the highest ODI wicket-taker in 2015 with 41 wickets in 18 games, no Australian batsman can be seen in the top 10. Smith was the highest-scoring Australian in 2015, with 805 runs in 19 matches.

The numbers instill confidence, but it is a fact that Australian cricket will face tougher challenges in 2016 and beyond. The tours of New Zealand, South Africa and India will be the away fixtures; there will also be a tri-series in the Caribbean for which Justin Langer will replace Darren Lehmann.

Ashes 2017-18 is still long way to go, and the Australian leadership would be focusing only on the redevelopment for now. 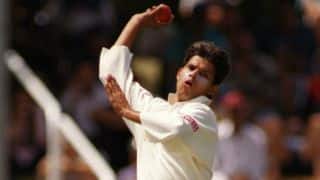 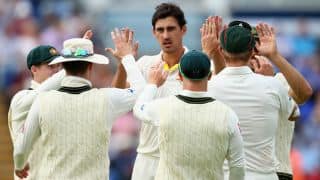