It has been a year since the most energetic cricket commentator passed away.

It has been a year since Tony Greig had passed away on December 29, 2012. Abhishek Mukherjee looks at a commentator who has been sorely missed in the past year.

It is hard to believe that it has been a year since Tony Greig had succumbed to what Siddhartha Mukherjee had referred to as The Emperor of All Maladies in his Pulitzer-winning book. One of the greatest all-rounders his country has ever produced and the right hand of Kerry Packer, Greig had migrated to Australia after the British press going after him when his epilepsy got public.

Given his excellent rapport with Packer, the smooth transition to the Channel 9 commentary box was only a matter of time. He joined the team consisting of the rich voices of Richie Benaud, Ian Chappell, and above all, Bill Lawry – with whom he had forged a partnership full of banter, zeal, and friendship over the years.

While Benaud was the most balanced, insightful, and erudite of the quartet, and Chappell the most outspoken, the crowd was often bowled over by the Lawry-Greig discussions playful fights on air. It must have been hard on The Phantom when he took over the microphone this year at MCG without his “maait” to accompany him for a friendly tease…

… or sometimes a detailed description the way only the pair could…

… especially when it came to England-bashing.

There was no shortage of energy when Greig had the microphone in his hand. Being an ardent follower of the sport on the television, Greig had been a companion since almost the beginning of my armchair-fan stint with the sport. Greig has probably been the most excitable of them all: I have often wondered whether he himself stood up with the microphone in his hand when he rose to his animated best.

He often went overboard, and no bigger example of that was when he walked out with a scythe for the pitch-report. Not many commentators would have thought of that.

However, he learnt the hard way that though testing with a key worked fine on a hard pitch, it wasn’t necessarily the best possible outcome as far as cracks were concerned.

When he had problems with non-Asian names he always broken them down by syllables (Sa-shin Ten-dul-khaar and Saa-naath Jaa-yaa-soo-riyaa were perfect examples), but Ajay Jadeja really became his Achilles’ heel in India in 1998-99 when he had made a mess of the surname (trying out variations like Dajeja and Jajeda and Dajeda in the process).

He was often the ultimate crowd-puller, with “insights” beyond the sport, having his colleagues and audience in splits…

… but generally the memories of his voice remain among the ones tele-viewers of cricket remember the most.

These days the crowd merely celebrate as opposed to “dancing in the aisles of Sharjah”; they merely hit through the covers instead of “blazing ‘em”; they are merely good wicket-taking balls and not “little beauties”; and the ball simply goes up in the air instead of “going maaails GOING MAAAILS.”

No one would swallow their words the moment they’re proved wrong and still keep the ecstasy going: “Straight up in the air, Waugh won’t drop this – oh, he’s dropped it! He’s dropped it! I can’t believe it! What’s going on here?”

We miss you, Tony. We’ll miss you forever, just like your old “maait” does. 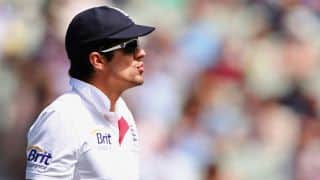 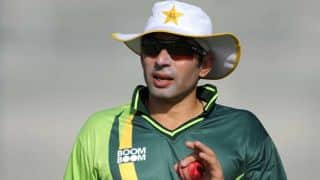