Javed is not a fan of using a pink ball for the proposed Day/Night Tests.

The recent trend of decline in Test match audiences in most parts of the world is a worrying sign for cricket aficionados across the globe. The dwindling numbers are not only a source of discouragement for players, but in this case is also a cause for financial worries for cricket administrators.

For many fans of the game, Test cricket is the ultimate test of any cricketer’s true skills and ability, but audience numbers tell a different story. The allure of players dressed in white competing in the five day game is fast being replaced by the razzmatazz of the multi-coloured variety found in 50 over and T20 cricket.

Recognizing the challenges associated with the revival of the five day format as a financially viable form of cricket, the ICC has given approval for Day/Night Test matches to be played using pink balls. Australia and New Zealand have consequently announced plans to include a Day/Night Test during their series next year.

The introduction of this variety of Test cricket represents a significant departure from the traditional five day game and has been, understandably, met with a mixture of hope and anxiety amongst fans and experts alike.

Like many of his colleagues, the former Pakistan fast bowler and current coach of the UAE team, Aaqib Javed, is an enthusiastic proponent of the Test format and has been worried about the decline in its popularity over the last few years. In an exclusive interview with PakPassion.net, Aaqib gave his views on the proposals which hope to give a new lease of life to Test cricket by use of Day/Night games to attract audiences.

Whilst Test match cricket has held a special place in the heart of fans over the years, it is a fact that given today’s financial pressures, many regard going to five days of cricket as a luxury which they can ill afford. This is a fact that Aaqib acknowledges as he states, “Without a doubt Test cricket is losing its charm. Hardly anyone comes to watch these games and you really can’t blame people as they are busy during the day at their jobs…To expect them to take five days out of their day (sic) to come and watch Test cricket is really asking too much. Yes, it is a much-cherished form of cricket but it needs a change.”

The advent of Day/Night cricket, thus, holds a promise of greater audience attendance, and the introduction of a pink ball to effect this change appears to be a welcome move. However, Aaqib isn’t convinced that a pink ball alone is the answer to this issue.

“From what I hear, there are some issues with the sighting of the pink ball so that alone is not the answer. The real issue isn’t if we play with a pink ball or not. To me, it’s the quality and excitement that can be brought into this form of cricket which is important. I would be equally happy with Test Cricket being played with coloured clothing and white balls. Simply put, Day/Night games, coloured clothing and white balls will make Tests exciting.”

“However, what needs more attention are the playing conditions. For example, we have the issue of dew at night which effects even shorter format games and can be the difference between victory and defeat. Using a pink ball will not fix that problem. The games will need to be scheduled as such to avoid these times, or some other solution found or else batsmen and bowlers will all suffer. Also, as we know in ODIs we have two white balls used from either end. Can the same be done for Test cricket? How about a change in balls after say, 30 overs? And on top of that, what’s the point of playing all night when you cannot get a result? So, quality of pitches is also important as is the increase of number of bouncers in an over which can make the game more even for bowlers. All these types of changes will be welcomed by many, even though it means a change to the traditional format.”

The fact is that a younger generation of cricket viewers has grown up on a steady appetite of fast paced action, the likes of which can only be found in ODIs and T20Is but which is lacking in Test cricket. The changes of the kind suggested by Aaqib can go a long way in reclaiming viewer territory for Test cricket. For Pakistan, who have adopted UAE as their second home due to the inability to play cricket on their home soil, the ability to attract audiences for Test cricket is paramount for the progress of their game. Aaqib, who is no stranger to UAE during his playing days and now as coach of the UAE team is keenly aware of the issue “Pakistan Test matches need audiences which have sadly been badly missing in the last few series played in the UAE. There is of course support and the introduction of Day/Night Test cricket may well bring more people to watch this form of Cricket which will be great for Pakistani cricketers. I think the PCB should try Day/Night Tests in the UAE”, he concludes. 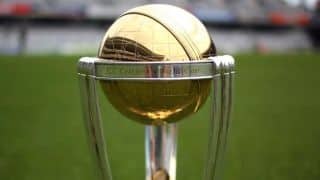 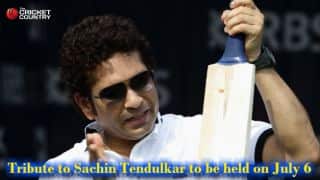