It was always going to be a difficult first session for New Zealand.

A great start to the second Test and a fantastic fightback by India having struggled through most of the tour. A lot of credit goes to New Zealand for not changing the seaming nature of the wicket, and producing one that in all likelihood will get a result. They didn’t play safe, and try to hold onto the lead that they currently have and this can only be good for Test cricket. This also gives India a chance to level the series.

As has been the case historically, the wicket at Basin Reserve, Wellington, was lively and loaded in favour of the bowlers. Dhoni won the toss yet again, and when he chose to field, it was a no-brainer. It is one thing having made the decision, and another to execute the plans you have made for the opposition and in this instance, he would be delighted with the efforts of his bowlers on Day One.

It was once again the much criticised Ishant, who came up with the goods for India with his best figures in Tests. He was yet again ably supported by Shami who continues to impress with every outing. It could have been even better had India not made the basic errors of bowling no balls and letting the in-form batsman, Kane Williamson off twice. Having New Zealand six down for just 86, India would have fancied bowling them out for under 150. Some errors, and some poor bowling towards the end has given New Zealand a score they would have thought was not possible at lunch having been four down.

New Zealand were off to a steady start with 23 for no loss when Ishant stepped up for India. First he got rid off Hamish Rutherford with a snorter, followed by Peter Fulton and debutant Tom Latham. It was just consistent line and length that the Indians displayed in the second innings in Auckland that they have carried onto the second Test.

It was always going to be a difficult morning for the hosts, which only was made worse when their captain, McCullum drove straight to mid off. Anderson, Williamson, and some lower order batting got New Zealand close to 200 that gave them something to bowl at on a wicket that is going to remain a bowler-friendly one.

Sharing the day’s credits with Ishant is Shikhar Dhawan, who play beautifully to put India in a position of strength. What has been impressive about him is his determination and application shown during the two Tests. For someone who is a naturally aggressive player, he has been quick to adapt to the given situations in difficult conditions and change his game accordingly. India would hope that he carries on from where he left off because it is going to be challenging for a new batsman to bat on this wicket. It is imperative that India get a decent lead to continue the advantage they have managed to edge out at this stage.

It may be a cliche when I say that every session in a Test counts, and the fact remains that the morning session on Saturday could be one of the most important ones of this Test. India, slightly ahead at this point will have to drive home the advantage further to have a chance to put New Zealand under pressure, which they have seldom experienced during the past few weeks. 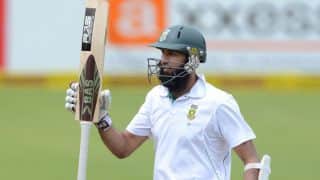