Albie Morkel, elder brother of Morne Morkel, is known for his clean-hitting and impressive stroke play in every game. South Africa’s left-hand batsman and right-arm medium pacer has been an all-rounder of the highest quality. The amount of accreditation Albie has received for his performance in domestic circuit is far higher as compared to his innings in international arena. His batting potential lower down the order made him a star attraction in the opening edition of the IPL.  Predominantly a wicket to wicket bowler, he can mix it up well in T20 cricket. Albie has been playing for Indian Premier League (IPL) over 9 seasons now and has changed his franchise four times – prominently playing for Chennai Super Kings (CSK). ALSO READ: Happy Birthday, Albie Morkel: South African all-rounder turns 35

In the first year of IPL Albie earned brownie points with 241 runs and his best figures being 71 in the inaugural season. Apart from his batting prowess, he was ahead with ball as well. It did not stop after one season; he continued his consistency in every season and has so far completed 974 IPL runs. Let us have a look at some of the best knocks and spells of the South African all-rounder from IPL on eve of his 35th birthday:

Chennai Super Kings (CSK) vs Royal Challengers Bangalore (RCB) 2008, 4 for 32: CSK were coming with five wins when they took on RCB for the second time. The first game between these two teams was won by CSK while RCB came from behind to equal their head-to-head encounter, winning by 14 runs. Albie’s 4 for 32 restricted RCB to 126 for 8 at the end of their innings, picking Vinay Kumar, Praveen Kumar, Mark Boucher and Rahul Dravid. In the second innings, Albie’s efforts were over shadowed, thanks to Anil Kumble’s economical figures of 3 for 14 as CSK fell short of the target.

Rajasthan Royals (RR) vs Chennai Super Kings (CSK) 2008, 71 off 40: RR won the toss and elected to bat first. With the help of Graeme Smith and Kamran Akmal, RR posted a humongous total of 211 for the loss of 5 wickets. Out of every bowler, Albie scalped two wickets at the end of his 4 overs. Chasing a mammoth target on board, CSK’s top order failed completely with most batsmen getting out cheaply for single digits. Albie entered at No.4 and made the chase look simple. With his knock of 71 off 40 that included 6 fours and 4 huge hits, he managed to take CSK to total of 201. Once again the efforts went in vain; as RR’s bowling unit crushed CSK’s hope to win another game on hand. ALSO READ: Albie Morkel’s selection yet another instance of IPL being a yardstick for international selection

Chennai Super Kings (CSK) vs Rajasthan Royals (RR) 2010, 62 off 34: Another new edition and once again the same opponent. The reigns were on Albie’s shoulders. The top-order failed to provide any impetus. Entering at No.4, Albie started afresh. He was off the mark and went on to score 62 off mere 34 that included 3 fours and 5 maximums. On that day, he played at strike rate of 182.35. With his efforts, CSK set up a mammoth total of 246 at the end of the innings. Namn Ojha’s 94 could have been the savior, until CSK’s bowling unit restricted RR to 223 while chasing. This time Albie’s efforts paid off and he was rightly rewarded ‘Man of the Match’ for his performance.

Chennai Super Kings (CSK) vs Royal Challengers Bangalore (RCB) 2012, 28 off 7: Yes, the numbers here is absolutely right. If Albie is in the middle, he can surely provide a nerve wracking innings. This could be one of the memorable innings of Albie in domestic cricket, not only for achieving these runs at an unbelievable pace but also holding the record for hitting the longest six in IPL of 125m. Out of every player, the bowler to face the brunt of conceding these runs was Virat Kohli from the opposition camp. His cameo helped CSK come from behind and win the game by 5 wickets.

Chennai Super Kings (CSK) vs Delhi Daredevils (DD) 2015, 73 off 55: This time Albie was playing for a new franchise DD and facing his previous franchise, CSK. It was the inaugural game for DD and the visitors opted to field first. Nathan Coulter-Nile’s 3 for 30 restricted CSK to 150 and then began DD’s chase. This time Albie was promoted up in the batting order and he led his team to a commendable position. He scored the highest run for his side with an unbeaten fifty but unfortunately saw the downfall of his team at the non-strikers end. CSK bowled out DD for 149 and once again Albie’s endeavor failed to help his team get past the finish line. 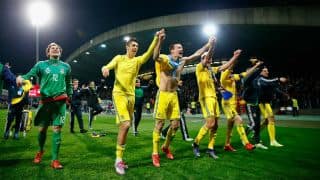