Alviro Petersen is one of the few to have achieved the feat.

South African opener, Alviro Petersen, quit his international cricket career with a duck in his last Test innings having scored a century in his debut Test innings. Bharath Seervi looks on such players who had a similar start and end to their Test careers.

Alviro Petersen scored 42 and 0 in the Test match against West Indies at Cape Town. This turned out to be his last Test and international match as he announced retirement after the end of the Test. When he made his debut for South Africa in Tests, he scored a century. He scored 100 runs in his debut innings against India at Kolkata in February 2010. He thus began his Test career with a century and ended it with a duck.

The 34-years old Petersen is only the fifth player in the history of Test cricket to score a century in the debut Test innings and a duck in the final Test innings. Before him, Thilan Samaraweera achieved this by scoring a duck in his final Test innings against Australia at Sydney in January 2013 after having scored an unbeaten 103 against India at Colombo (SSC) in August 2001. The table below contains the list of others having this feat.

There are few more players who have the distinction of scoring a century in their debut Test and a duck in their last time but not in the first and last innings respectively.

–    The last three have been the ones with century in the debut innings and duck in the final inningss.

–    Sourav Ganguly is the only batsman to score a century in career’s first Test innings and get out on the first ball of the final Test inningss.

–    The centuries on Test debut by Harry Graham and Bill Griffith were also their maiden first class centuries.

Let us see the reverse case – a duck in the first Test and a century in the last Test.

Only two players have that feat.

The last player to have such a career was Saeed Anwar from 1990 to 2001. The previous four occasions were all by Englishmen, three of those before the World War II.

–    Jack Russell scored a duck in his debut Test innings but scored twin hundreds in his last Test in 1923. He is the only batsman to score two centuries in career’s final Test.

–    All the four Englishmen above got their career’s highest score in their final Test only.

–    Geoffrey Legge is the only batsman to score in 190s in career’s first Test or in the last Test.

Andy Ganteaume (112) and Rodney Redmond (107 & 56) scored a century in their only Test match Test played which is both first Test and the last Test. 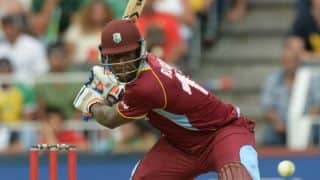