A Sri Lankan fan pour his heart out after his country's first major win in cricket since the '96 World Cup.

It had hurt us three years back when we saw those videos from Marine Drive and Connaught Place and Park Street from three years back. We, however, did not vow revenge or anything like that (if the team had, they had not let us know). If you had seen our players tonight, they were never arrogant in their celebrations.

The team did not have time to plot revenge: there was a time in 2011 when they did not get paid for eight months (yes, they had come runners-up in the World Cup despite that). They were offered proper contracts only in July 2012. The next year SLC had removed the stipulated players’ share from ICC events (25%), and it was only after Sanath Jayasuriya had stepped in that the players had agreed. They were not given the profit: they were only promised they would be given the same.

Can you imagine your men playing under such circumstances? No, I guess.

It did not end there. Jayasuriya did keep his word; when the players demanded 20% of the profit, he had put their proposal forward to SLC. When SLC had announced the fresh set of contracts, the ICC events share was not a part of it.

Take a moment to realise this. Put your men in their shoes. The men have been representing their country in the most high-profile event (and have been turning them into successes; they may not have been winning, but they have not exactly failed either), only to be told by SLC that they would not get a part of the profit from that tournament.

This reminded me of international cricket in the pre-Kerry Packer days when players were often told that if they did not want to play for the side there were plenty who would. Your own CK Nayudu, your first Test captain, had done the same to Vinoo Mankad, you may remember.

Anyway, four days before the tournament, SLC raised the topic to the Executive Committee. The players were announced incentives, but there were no ICC events shares announced for them. When the players insisted on the shares, SLC issued a threat that they would send a second-string side to the tournament. This happened on the day the players left for Bangladesh. Our heroes had left for the tournament without contracts.

You see why we don’t stone their houses the way you did Yuvraj Singh’s today? The reason is simple: they have been stabbed by their own board; we are the only ones backing them. With no assured contract, almost no IPL contract against their names, with our own version of the IPL getting cancelled, the pride and fans are all they have while taking on the best of the world in a country away from home.

That is precisely why we never back out when it comes to supporting them: they have lost one final after the other, but we have never lost hope. Can you believe what you would have done to your men if they had lost four world tournament finals in five years? We had not gone after our players’ blood: instead, we had joked that it was our President’s turning up at the venue midway that had tilted the match West Indies’ way in the 2012 World T20 final.

Do you know something? We have grown up in conditions you have seen in newsreels and have read in newspapers, but have never really (I really hope you do not) had real-life brushes. We have grown up in a country where many of us were not sure of our safe return when we left home in the morning.

“Pressure is a Messerschmitt up your arse,” Keith Miller had said once. He had seen death from close quarters. So had we. Which is why defeats do not mean the end of the world for us. In those dark days of internal turmoil, Arjuna Ranatunga and Aravinda de Silva had kept Sri Lankan cricket alive. The 1996 World Cup had a role more significant in our history than you can imagine.

We fell from that zenith, and rose again; and fell again; in Muttiah Muralitharan we found our greatest cricket hero, in Jayasuriya a murderous marauder, in Lasith Malinga a rebellious freak; and then, in the two men who have quit this version of the sport today, the two icons we were left with.

They have given us a lot, and have got hardly anything back in return. The best we could do for them was to turn up in huge numbers and turn the band on, day in and day out. If they won, we were happy; if they did not, we had to accept it. It was like that in the 1980s. It has been like that in the 2010s as well. Three decades ago we used to lose in the league stages; now we lose the finals.

It has been our story all along.

It has been the story of the average Sri Lankan.

It has been the story of the Sri Lankan cricketer.

We may not have the best support, but we dream; and we do not give up when our dreams meet a dead end. We have a team where every man is a Robert Bruce with no spider to show them the way.

We have not forgotten you, though. You [and Pakistan] had visited us before the 1996 World Cup when Australia and West Indies had refused to. We still owe you that.

Sri Lanka is a beautiful (and of late, rather peaceful) place. Come over for a trip some day. We will discuss all kinds of ICC event finals and have a laugh at how both of us manage to show up in them every now and then. 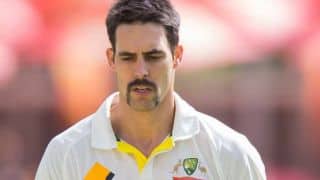 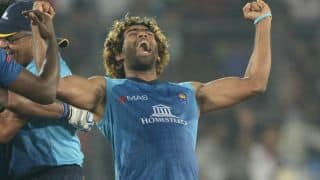