Andrew Flintoff, born on December 6, 2012, was one of the finest all-rounders the game of cricket had ever seen. Karthik Parimal looks back at the magnificent career of this stalwart. 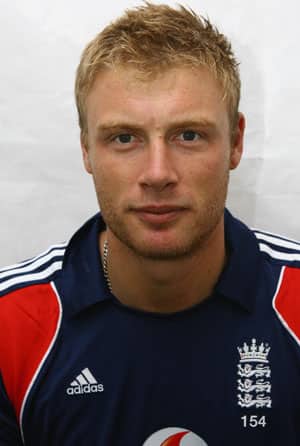 Numbers may not reveal what Andrew Flintoff meant to English cricket, but at one stage nothing was more exciting than watching him in action © Getty Images

Andrew Flintoff, born on December 6, 2012, was one of the finest all-rounders the game of cricket had ever seen. Although statistics do not reveal the enormous value he added to the English side, the fact remains that he was instrumental in the rise of English cricket. Karthik Parimal looks back at the magnificent career of this stalwart.

On his debut as a professional boxer last week, Andrew Flintoff towered over Richard Dawson to win 39-38 on points. Although Dawson isn’t a force to reckon with in the boxing ring yet, Flintoff’s victory speaks volumes of his grit, tenacity and his ability to take challenges head-on. These are the very traits that helped him fight his internal battles eleven years ago, when during England’s 2001-02 tour of India he broke down in tears in the dressing room disgusted with his batting form. Not one to take things lying down, he bounced back to steer his side to victory from the jaws of defeat in the final One-Day International (ODI) of the same series, and there was no looking back thereafter.

Prior to that tour of India, Flintoff averaged 16.64 and 23.68 with the bat in Tests and ODIs respectively, with absolutely no tons until then in either format. The numbers were appalling considering that it had been a good three years since he first donned the national colours. His bowling average – 55.00 in Tests and 30.07 in ODIs – too didn’t make for a good reading either. At that stage, people within and outside of England began to doubt this bulky all-rounder’s credentials, and comparisons to Sir Ian Botham were slowly starting to look ridiculous. Andrew Flintoff streaks across the Wankhede after bowling England to an improbable win in 2001-02. The scenes with Flintoff taking off his shirt and hurling it over his head have been etched in the memories of many Indians, including a certain Sourav Ganguly © Getty Images

However, that final ODI at Mumbai was a watershed moment in his career. English skipper Nasser Hussain tossed the ball to Flintoff as India required 11 to win off the last over, and the latter bowled one of his best spells ever to help his side level the series. That one over seemed to have arrested Flintoff’s downslide and his career was back on track. From the next game after that one to the beginning of the 2005 Ashes, he scored 2239 runs in Tests at 32.44 and 2313 at 34.52 in ODIs. He was beginning to look threatening with the ball as well, and his five for 58 against the West Indies at Barbados gave ample evidence of that.

One year before this breathtaking bowling performance, Flintoff came of age as a Test cricketer with an all-round show against the South Africans that caused even his harshest critics to pause for a moment. He scored a century and three fifties — inclusive of a 95 that by far remains one of his best innings, in the five-Test series, at an average of almost 53. His remarkable form lasted almost two years, and he was named the Wisden Cricketer of the Year in 2004 following his maiden five-wicket haul against the West Indies.

Not many gave England a chance against the Australians during the Ashes of 2005, but what followed was unanticipated. In a series that will go down in history books as one of the best ever, Flintoff was the home side’s protagonist. He scored 402 runs in the five Tests at an average of 40.20 and, with 24 wickets in nine innings, was the leading wicket-taker overall behind Shane Warne. Cricket writer Andrew Miller aptly summed up Flintoff’s showing after the Ashes as follows, “Both aspects of England’s game are personified in Andrew Flintoff, for whom no superlative is any longer sufficient. He has been truly immense all summer. It is hard to believe how truly immense immense can truly be.”

His heroics in the Ashes will forever be etched in the memories of many. It’s unfortunate that his statistics – career batting averages of 31 and 32 in Tests and ODIs respectively – do not reveal the enormous value he added to the English side, and the future generations can only fathom the hullaballoo surrounding Flintoff when they watch clips of his performance against the dumbstruck Australians. However, injuries were something that always pegged him back, and he was soon on a downward spiral, averaging just 30 and 24 in both formats from 2006 till his retirement at the age of 32 in 2009. Under his tenure, England were whitewashed by the Australians in the next Ashes series, and he only made sporadic appearances thereafter. Andrew Flintoff poses with the 2009 Ashes urn, ending his career on a high © Getty Images

Nevertheless, Flintoff was a part of the English side that won the 2009 Ashes series 2-1, and played a key role during the final Test at The Oval as he ran out the dangerous Ricky Ponting to kill Australia’s hopes of retaining the urn. That was Flintoff’s last appearance in the whites for England, and with that, one of the best all-rounders of contemporary cricket bid adieu to the game. The numbers may not reveal what he meant to English cricket, but at one stage nothing was more enthralling than to watch ‘Freddie’ Flintoff in action. His mere presence in the side was a morale-booster, and he was the crowd’s favourite for apparent reasons.

England in command on Day Two of Kolkata Test 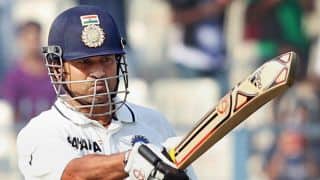