Imagine a situation where Kohli had scored another of those daddy hundreds and got India over the line on Sunday with a brilliant 150. Would our reactions have been similar?

Yes, Anil Kumble has stepped down as the head coach of Indian cricket team and has come out in open and declared how captain Virat Kohli had ‘reservations’ against his style.

If two individuals cannot work together, it does not always mean they do not have respect for each or that they have a fight behind closed doors; does it?

The reason why people are supporting Kumble on this issue is the natural human tendency to compare a past legend with around 900 international wickets to a captain who got out cheaply and lost the finals against arch-rivals Pakistan.

Imagine a situation where Kohli had scored another of those daddy hundreds and got India over the line on Sunday with a brilliant 150. Would our reactions have been similar? I doubt.

We would have appreciated Kohli of handling the issue graciously.

If you had heard Kohli in one of the pre-tournament conferences where the speculations were rife regarding this issue, he handled it quite sensibly by declining there were any rifts between team and the coach because that was the right thing to do and focused on the Champions Trophy instead. He could have chosen to spill the beans, but he did not.

Watching cricket on television sets might not be the perfect way to judge the intricacies of relationship between Kohli and Kumble and to think why Kohli could not work with such a gentleman like Kumble.

If two individuals were to always work their way out, divorce lawyers would have died of starvation.

The fact that Kumble came out openly and put the issue in public before Kohli ever commented on the issue also makes me think Kumble knew of this human tendency where public sympathy would always be with the legend than a captain who failed in the finals and knew this was the right time.

Imagine if Muttiah Muralitharan had been the coach of India and if there had been trouble brewing between Kohli and Murali, would you have supported a cricketer with 800 Test wickets? No. Just because he was not an Indian?

I do not think a coach should be judged on those grounds. A coach is a coach. We make the mistake when we consider a coach’s individual record and presume that he would be the best person in the room which might not always be true. Take Greg Chappell s case as a feference.

Cricket after all is not football. It is and will always remain a captain’s game.

A captain will take the team forward and has to make the decisions on field on his own unless of course he is Steven Smith and looking for cues from the dressing room.

Immense respect for Kumble, but I think his style of coaching would do wonders for teams like South Africa and Australia which believe in hard work and sweating it out more than Indians do on occasion.

Having said that, Kohli needs to be consulted when selecting a coach on temporary basis because a coach will be there for a year or two whereas a captain is assumed to have a much-longer tenure.

I remember there was a very good tuition teacher when I was in standard 12 and we all used to attend his classes but there was a guy who could not just get along with his style of teaching. His parents felt he was being too hard. But when he changed the classes he continued to do well in studies. In fact, better.

Views expressed in this piece are author’s own. This by no means is CricketCountry’s opinion. 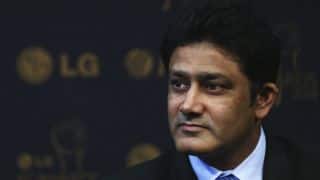 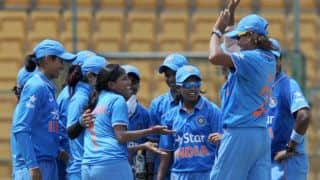