The news came as a shock for Mukherjee, who has seen Keshri playing more closely than anyone in recent times.

The unfortunate demise of Ankit Keshri, the 21 year old Bengal cricketer who died on Monday after sustaining an on-field neck injury, has saddened the whole country. Personalities like Sachin Tendulkar, Anil Kumble, Jacques Kallis, Shahrukh Khan, Mamata Banerjee, Aakash Chopra, Ajinkya Rahane, and others have already expressed their grief. But for the person who had seen this young cricketer playing more closely than anyone, Bengal chief selector Raju Mukherjee, this lose is huge for Bengal cricket. Ankit Keshri, Bengal Under-23 cricketer dies after sustaining on-field injury

Keshri was a promising batsman. He captained Bengal in Under-19 cricket. He was also a part of the skilful bunch of current Under-23 players, who are doing quite well in the national level tournaments recently. But with his death Bengal cricket have lost a young talent. “It’s a big loss for me, as Ankit was a talented cricketer. From the last six months I was looking after the current bunch of Under 23 boys and he was one of them,” Mukherjee said while talking with CricketCountry.

The news came as a shock for Mukherjee, who has seen Keshri playing more closely than anyone in recent times. “I heard about Friday’s incident when he was accidentally injured while playing a club match at the the Jadavpur University, Salt Lake campus ground. He was rushed to the nearby hospital and I got the information that he was recovering well and about to be released soon. Suddenly today morning I received a call from someone, who told me the news of his death. I was devastated. He was so young.” Ankit Keshri’s tragic death: Bengal cricketing fraternity remembers former Under-19 captain

While recalling some memories of Keshri, Mukherjee said, “Ankit came through the ranks, playing age group cricket for Bengal and East Zone. He was good, old-fashioned top order batsman with a solid technique to play the new ball. Though his strike rate was bit on the lower side but I personally liked him. He was playing first division cricket for one of Bengal’s established clubs, East Bengal. As a chief selector, this is a big loss for me, as Ankit was in our frame of schemes for the longer format.”

The emotional former Bengal captain signed off, “As a kid, he was an introvert, intelligent and sharp though a bit soft spoken. In fact sometimes he was too quiet, which was bit worrying for us. Though now these things won’t matter anymore. Today is a very sad day for Bengal Cricket.” 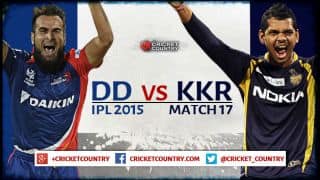