On Monday morning, a cardiac arrest resulted his unfortunate death.

Ankit Keshri, a promising 21 years old Bengal cricketer died on Monday after sustaining an on field injury while playing a club game for East Bengal. On Friday, he was playing a Cricket Association of Bengal (CAB) Division 0ne knock-out match against Bhawanipur Club at the Jadavpur University, Salt Lake campus ground. On that game, while taking catch he collided with his fellow teammate Sourav Mondol. During the collision, he first sustained the injury. READ: Ankit Keshri was a talented cricketer and in the scheme of things: Bengal Chief Selector Raju Mukherjee

It was reported by the local media that Mondol’s knee hit Keshri’s back side of neck. He was fielding as the substitute at that time. After the injury, Keshri lost his consciousness. Shivsagar Singh, a senior member of the East Bengal and Bengal team gave him mouth to mouth resuscitation or Cardiopulmonary resuscitation (CPR) immediately. Later he was taken to nearby AMRI hospital. From there he was shifted to Nightingale hospital, where his condition was stable till Sunday evening. But on Monday morning, around 8.20 am a cardiac arrest resulted his unfortunate death.

In Ankit Keshri, we lost an enthusiastic youngster & a passionate cricketer. An untimely, unfortunate demise. RIP.

Saddened by the demise of Ankit Keshri. A promising career aborted by an unfortunate incident on field.

May God give strength to Ankit’s family and friends to cope with this loss #RIP — sachin tendulkar (@sachin_rt) April 20, 2015

Sad to learn of the passing of Ankit Keshri. Unfortunate injury on cricket field. Thoughts and prayers to family and friends — Jacques Kallis (@jacqueskallis75) April 20, 2015

Saddened, shocked with the news of young cricketer Ankit’s death as a result of an on-field accident. My condolences and prayers. RIP

RIP #AnkitKeshri , am at loss of words on this unfortunate incident, may god give strength to family and close ones! — Mohammad Kaif (@KaifSays) April 20, 2015

Sad news of a young promising cricketer Ankit losing his life on field of play. May God give strength to loved ones to bear this loss! — Anil Kumble (@anilkumble1074) April 20, 2015

Heart goes out to young Ankit Keshri’s family…who knew that the game you loved the most will take away your life too. Unfortunate. RIP. — Aakash Chopra (@cricketaakash) April 20, 2015

Keshri was a promising batsman. He captained Bengal in Under 19 cricket. He also represented his state in Under 23 level. With his death Bengal cricket have lost a young talent. After Phillip Hughes and an Israel umpire, this is the third death after sustaining an injury on the cricket field, in recent times. 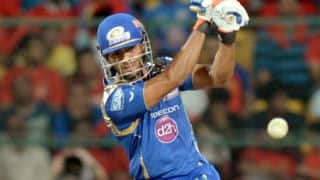 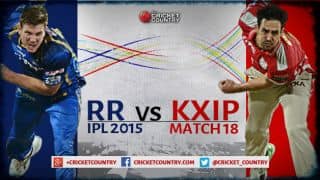