Enraged by spiritual leader Asaram Bapu’s controversial comments on the Delhi gangrape victim in the last couple of days, Bapu Nadkarni – India’s former left-arm spinner – held a press conference late Tuesday night at his Worli residence to announce that he wants to change his first name with immediate effect. 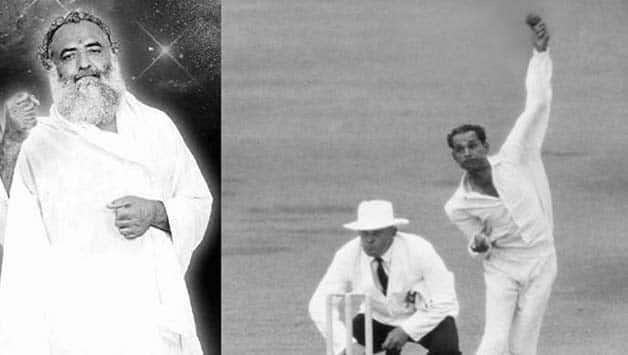 Bapus with a difference… Bapu Aasaram (left) ‘bowled’ a maiden after her death that caused much grief to the nation, while Bapu Nadkarni (right) used to bowl maiden overs that gave much to joy India.

Spiritual leader Asaram Bapu’s controversial comments on the Delhi gangrape victim has left many in the country furious and one of them is Bapu Nadkarni, India’s former left-arm spinner, who addressed the media late on Tuesday night at his Worli residence to announce that he wants to change his first name with immediate effect.

Nadkarni said that he no longer wanted wants to be known as ‘Bapu’ and requested he be referred to by his original first name – Rameshchandra. To the uninitiated, the Indian cricketer’s actual full name is Rameshchandra Gangaram Nadkarni, and that’s what he wants to be called as from now.

Nadkarni said, “I have been following this Delhi gangrape case diligently and was incensed hearing comments coming from people in responsible positions. First, there were comments on the Lakshman rekha being crossed and then someone said that such crimes do not occur in Bharat, but India. And now, these irresponsible comments from a spiritual guru.

“Initially, after asinine comments started pouring in, I tried chanting to Goddess Saraswati and Guru Diksha. First, one dog barked; then another dog barked. Soon all the dogs in the neighbourhood started barking. Now if the elephant (gestures at himself) runs behind the dogs, then their (dogs’) value increases and that of the elephant comes down,” said Nadkarni.

“But now that my identity is at stake, I felt I had to take action. Hence, from this moment onwards, please refer to me as Rameshchandra Nadkarni,” he requested.

Nadkarni also said that he was regretful of the fact that his pet name ‘Bapu’, which was such a lovable name, especially since it was also associated with the Father of the Nation, would no longer be in use.

“I used to be proud of the fact that Mahatma Gandhi was my namesake, but these comments from another Bapu have tarnished that name for me,” said Nadkarni.

Meanwhile, Asaram Bapu’s comments seemed to have ignited the bulb in the heads of current India players.
CricketCountry captured a screenshot of the discussion on Facebook: (Jaideep Vaidya is a multiple sports buff and Editorial Consultant at CricketCountry. He has a B.E. in Electronics Engineering, but that isn’t fooling anybody. He started writing on sports during his engineering course and fell in love with it. The best day of his life came on April 24, 1998, when he witnessed birthday boy Sachin Tendulkar pummel a Shane Warne-speared Aussie attack from the stands during the Sharjah Cup Final. A diehard Manchester United fan, you can follow him on Twitter @jaideepvaidya. He also writes a sports blog – The Mullygrubber )