Australia are the defending champions and look a great chance to go deep into the tournament again this year.

With the ICC Champions Trophy 2017 finishing up and Pakistan players and fans probably still celebrating their famous victory over India at The Oval, now a lot of attention has moved on to the ICC Women s World Cup which commences in just a few days. The teams are going through the preparation phase playing practice games before the big event begins. It s an important time for every team as it is a chance for the players to get accustomed to the English conditions and to get their skills to a good level and giving themselves a chance of success.

It is also a great time for the players to spend time together, to bond and build team spirit, which in top-level sport can be the difference between success and failure. Being able to band together when times are tough or the pressure is really on, much like the Pakistan men s team recently, is important and having strong team unity helps during difficult times.

It takes time, years in fact, for relationships to develop, trust to build and cohesion to foster in a team and this preparation phase is a great chance for the players to solidify their teams cultures and values for the tournament ahead.

Australia are the defending champions and look a great chance to go deep into the tournament again this year. I am sure it will be a tough tournament with New Zealand, England, India and the West Indies all having some damaging players, and South Africa are also being talked up with their feared bowling attack.

I am sure Pakistan will be inspired by their male counterparts after their stirring ICC Champions Trophy victory too, so I guess what I am trying to say is that anyone can be beaten on any given day due to the quality of player that is being developed in the women s game around the world.

The Aussies looked ominous in their first warm-up win against South Africa with Elyse Villani scoring a magnificent century, finishing with 137 off just 112 balls, including seven sixes. Ellyse Perry also looked in good touch making 67, but I was interested in comments by Alyssa Healy when she said that one of the team s focus is to finish innings off better with the bat and she wanted to take more responsibility with this team goal. She and the experienced Alex Blackwell finished the Australian innings off in style taking 54 runs off the final 21 balls of the innings!

It was good to see Jess Jonassen, who is a clever spin bowler, in the wickets and well supported by Vakarewa, Perry and Gardner as Australia bowled South Africa out for 221 in response to Australia s imposing 324 for five. Kristen Beams didn t take a wicket but I believe she could play an important role for Australia during the tournament with her wicket-taking leg spinners. Taking wickets through the middle part of a one-day innings is so important in the modern game and wrist spinners are proving invaluable in that respect.

I will certainly be watching the Aussie girls results closely over the next month and hope they can be world champions again. All the best Go Aussie.

The article was first published in ICC’s official website. 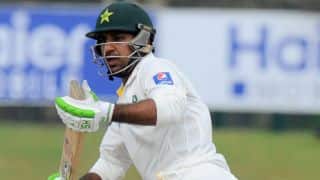