Bangladesh had a mixed year, with some achievements and a lot of confusions.

Bangladesh, for that matter, had a lot to take away from the tour. Under the guidance of Courtney Walsh, Mustafizur Rahman honed his skills a bit more. Bangladesh also found pacers, a rare breed in their part of the world, such as Kamrul Islam Rabbi and Subhashis Roy. Also, it was a good exercise for Rubel Hossain who made a comeback into T20Is for the first time since ICC World T20 2014. Rubel emerged as the highest wicket-taker in the T20I series, scooping 7 wickets from three matches and leaving the likes of Trent Boult and Lockie Ferguson behind. In Tests, Shakib Al Hasan scored a double-hundred, also building a 359-run partnership with Mushfiqur Rahim.

But the fate remained same: they failed to emerged victorious. To add salt to their wounds, Mustafizur and Mushfiqur picked up injuries. Bangladesh left New Zealand bruised and low-spirited.

Before hosting Australia, India invited Bangladesh for a Test for the first time. It was an ideal warm-up for them. Yes, warm-up it was but for the hosts. Virat Kohli continued with his spree of assembling double-centuries, pushing Bangladesh further down the ruins. Mushfiqur and Shakib yet again tried their best but could not save the match, losing it by 208 runs.

Mushfiqur and company then headed to Sri Lanka. The challenge, though seemed easier than the previous ones, was not of a lower magnitude as the Mendis and the Pereras belittled Bangladesh in the opening match.

Led by Rangana Herath, Sri Lanka seemed to be a better side both in batting and bowling. While Sri Lanka batsmen piled on runs, those of Bangladesh struggled to reach half-centuries. Though Mehedi picked up 6 wickets putting up an impressive performance, the batsmen failed to do what they were expected of. Bangladesh were handed a 259-run defeat their seventh on the trot since the start of the new year.

The second Test, all the same, came as a respite. Bangladesh registered their maiden Test victory in Tests. A different team took field for the second Test competitive, eager and cautious. At Colombo, they posted their first triumph of the year and that was a special one. Dinesh Chandimal, Dimuth Karunaratne and Rangana Herath s efforts were eclipsed by Bangladesh s all-round effort. They managed to draw level. Shakib shone again, scoring a century and bagging 6 wickets.

Bangladesh carried the momentum into the ODIs, winning the first match by 90 runs. The second match washed out, but Bangladesh should thank the rain god: Sri Lanka had notched up 311 before play stopped. Sri Lanka then went on to win the final ODI, drawing series 1-1.

Why the teams played two T20Is was logic-defying. Bangladesh managed 155 in the first and failed to defend it. They put forward a better batting performance in the following, giving the bowlers 176 runs to defend. Despite Chamara Kapugedara s half-century, Sri Lanka lost the match as Shakib and Mustafizur produced top-class spells, bagging 3 and 4 wickets respectively.

It must have been a farewell gift from the team to their captain Mashrafe Mortaza. After Bangladesh’s defeat in the first T20I of the series, Mortaza announced his retirement from the shortest format of the game. The second was his last match in a career that led Bangladesh to 10 of their 21 victories in the format.

Champions Trophy 2017 was the next big thing for all the teams. Bangladesh, especially, got a good chance to warm-up, being invited for a tri-series in Ireland, in the same continent as England, the host of the gala.

Despite their relatively easy opener against Ireland being washed out, Bangladesh won the next two matches and finished at the second spot. New Zealand won the series, but Bangladesh cared little about it. They had defeated New Zealand in the final ODI of the series. Tom Latham, Neil Broom and Ross Taylor provided New Zealand with a brilliant start, but Shakib, Mortaza and Nasir Hossain restricted them at 270 for 8. The rest of the job was done neatly by Tamim Iqbal, Sabbir Rahman, Mushfiqur and Mahmudullah. Bangladesh reached the target with 1.4 overs to spare.

…and Bangladesh are through to the semi-finals

Confident Bangladesh stepped into the Champions Trophy and were immediately put in front of the mountainous task of facing the hosts England and their never-ending battle. Bangladesh Tamim fared with the bat, scoring 128 against the five-star pace-attack of Chris Woakes, Mark Wood, Jake Ball, Ben Stokes and Liam Plunkett. Bangladesh s 306-run target looked easy for Alex Hales, Joe Root and Eoin Morgan. Bangladesh s bowling succumbed to the skilful batting of the hosts.

The next match against Australia could have ended Bangladesh s Champions Trophy campaign, but Moirai were knitting a different tale for them. After Bangladesh were bundled for 182 and Australia had put up 83 for 1, they asked Zeus to bless Bangladesh with some rain. It abandoned the match, darted Australia out of the tournament and kept Bangladesh s hopes.

Bangladesh scripted a full-fledged revenge of their disastrous tour against New Zealand in Champions Trophy, defeating them in consecutive ODIs. They were already confident after their outing in Ireland. Taskin Ahmed, Mosaddek Hossain did not let New Zealand put up more than 265 with the loss of 8 wickets and Bangladesh knew it was doable.

Tim Southee injected some twist in the tale, removing Tamim, Soumya Sarkar and Sabbir within the first five overs. Adam Milne further got rid of Mushfiqur, but Shakib and Mahmudullah were yet to bat, and when they did, they did something New Zealand had least expected. Both scored centuries, building a 224-run partnership. Bangladesh were through to the semi-final, and were to meet India.

One of the biggest stories after World Cup 2015 was, if it was really a no-ball or Bangladesh had got Rohit Sharma…

Rohit s innings stood between Bangladesh and victory and yet again it was Rohit who scored a century to end their journey. With Tamim and Mushfiqur s efforts, Bangladesh managed 264 for 7, but the bowlers could not defend it, thanks to Rohit Sharma, Shikhar Dhawan and Virat Kohli s ruthless batting.

The year of first times for Bangladesh it was. Australia visited Bangladesh after 11 years for Tests, after much delay regarding security. They were to play only two Tests. It was a mere practice for Steven Smith and men before they took on India, but a big chance for Bangladesh to play one of the biggest Test-playing nations. They pulled off the unthinkable, beating the visitors in the first Test. Tamim (71, 78) and Shakib (87, 5) stood strong while Nathan Lyon ripped apart the rest of the batting. But Shakib replicated Lyon, bagging 10 wickets, one more than the Australian. David Warner s century in the final innings earned praises but could not save his side from defeat.

After a lot of rain and doubts over the match, the second Test at Chittagong took place with a delayed start. Lyon bagged 7 wickets in the first innings but could not stop Bangladesh from scoring 305. Mehedi and Mustafizur bowled well, but Warner hit his second ton in the series, helping his side take lead. Bangladesh toppled for 158 in the next; Lyon finished with 13 wickets from the match and Australia with a victory, chasing down the 87-run target.

The South Africa tour was probably the biggest for Bangladesh in 2017. They were somewhat confident that this would change equations. It did but not exactly for good. Shakib, the player who had been the key to their success in every series Bangladesh had played in 2017, pulled out of the Test, asking for rest. This did not go well with both coach and the team s performance.

Dean Elgar scored 230 runs from two Tests, becoming the highest run-scorer in Tests in 2017 (he was later surpassed by Virat Kohli). Hashim Amla, Aiden Markram and Faf du Plessis scored hundreds to better their numbers. Bangladesh were handed a 333-run run defeat in the first, by an innings and 254 runs in the next.

In the ODIs, too, Bangladesh flopped. Mushfiqur s knocks were the only highlights of Bangladesh s batting, and the bowlers failed to maintain consistency. In the T20Is, they put up some competition but failed to win any. Adding salt to wound, David Miller scored the fastest T20I hundred in the second match. Bangladesh ended their South Africa tour 0-7.

But there was more in store for Bangladesh. Coming back from the tour, coach Chandika Hathurusinghe resigned. Bangladesh, as for the rest of the year, spent some hard time finding another coach. As a cure to what problems Bangladesh were facing, Test captaincy was taken back from Mushfiqur and given to Shakib and BCB said the exact reason for the same cannot be given.

All in all, Bangladesh had a mixed year, with some achievements and a lot of confusions. Next goal for Bangladesh will be to find a coach and start preparing for 2019 World Cup. 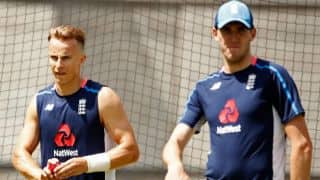 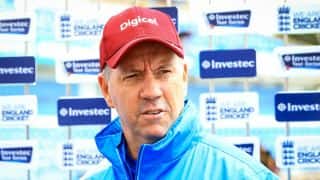