Bangladesh have earned their respect and proven they can be competitive at the highest level in international cricket.

After ‘Banglawashing’ Pakistan, Bangladesh have now thrashed India to win their three-match One-Day International (ODI) series 2-0 with one match to go. These victories have clearly indicated that the rise of Bangladesh cricket is certainly not a flash in the pan, and they are not a minnow of world cricket. Sandipan Banerjee feels its time for cricket fraternity to give proper respect to Bangladesh cricket.

It has been the 15 years since Bangladesh have got the Test status. But they are yet to play a Test on Indian soil. In these 15 years, Bangladesh have toured Australia only once for a bilateral series, that too for two Tests and three ODIs. The Tests were allotted to Darwin and Cairns, two second choice venues. In England and South Africa the equation is slightly better, two bilateral series in each country. READ: Bangladesh — What is so special about this team?

Basically, the big boys of world cricket have treated Bangladesh as their step-brother so far. A series against Bangladesh will not generate any revenue, there will be not enough TRPs for the broadcasters — these are the reasons the ‘Bangla Tigers’ have received such kind of behaviour. Bangladesh’s inconsistence performances in international circuit also did no good to their cause. READ: Bangladesh have shown tremendous depth in quality since ICC Cricket World Cup 2015

However now it seems the tides have turned.

Since the end of 2014, the new generation of Bangladesh cricketers have come with some breath taking performances. They have played a new brand of cricket, a brand which was quite new for them and the one that demands courage.

It all started with the Zimbabwe series in which the ‘Bangla-Tigers’ won everything (three Tests, five ODIs). They followed it up with a memorable ICC Cricket World Cup 2015 campaign. They reached the quarter-final of the tournament for the very first time by upstaging a quality team like England. READ: IND vs BAN 2015, 2nd ODI Highlights: Mustafizur’s record, Tamim’s controversial not out, and more

After returning from Australia-New Zealand, the boys in green have continued their impress show. First they white-washed Pakistan in three ODIs and one T20, and now a straight forward series win against their much fancied neighbour and a top ODI team of the world, India. They have also qualified for the ICC Champions Trophy 2017 at the expense of either Pakistan or West Indies. READ: Is Virat Kohli a cheat? Bangladesh umpire Sharfuddoula seems to think so!

These are certainly no flukes. In limited-overs format, Mashrafe Mortaza and Co. currently has their best team in history of Bangladesh cricket. It has excellent balance. A versatile batting line up backed up by young and talent bowlers. Interestingly the average age of this team quite low and it has a good mixture of youth and experience cricketers. On a given day, they can beat any team of the world in colour clothing. 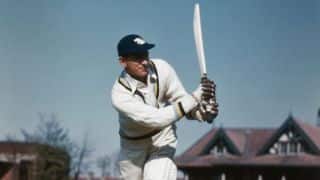