Considering the playing conditions in New Zealand, it is definitely going to be an uphill task for them, as the hosts surely have the upper hand.

Following a relatively easy and convincing 77-run win, hosts New Zealand get set to take on visitors Bangladesh in the second game of the three-match One-Day International (ODI) series at the Saxton Oval in Nelson on Thursday. New Zealand have always been a tough team to be beaten at home, and their exquisitely good form at home continued with the opening win against Bangladesh, while they look to continue with the same winning performance in the second tie, and seal the series. However, Bangladesh have been one of the most unpredictable sides in world cricket of late, and it will be no surprise if they bounce back to win and level the series. However, considering the playing conditions in New Zealand, it is definitely going to be an uphill task for them, as the hosts surely have the upper hand. Nevertheless, let us have a look at the possible playing XI the hosts could field on Thursday.

Top order: The top order is all set to start with the opening pair of Martin Guptill and Tom Latham. Guptill, who is indeed a fine opening batsman for the Kiwis, as he also has that special double-hundred in the ODIs, is yet to play a convincing and big knock of late. Although he has been an impactful player, a big innings should be of much delight to the Kiwi fans. As for Latham, he was a centurion in the previous game, scoring an impressive 137, and he will look to continue the same aggressive form in this tie as well and score another possible century to put the visitors onto the back foot. At No. 3, it has to be the skipper Kane Williamson, who is a perfect fit at the spot. But the captain will need to contribute a little better considering his performance in the last game.

Middle order: The middle order is most likely to start with the like of Neil Broom. However, he could well be replaced by all-rounder Colin de Grandhomme, who can be a fruitful addition to the side, post Broom’s average performance of 22 in the previous tie. At No. 5, it could again either be Jimmy Neesham or de Grandhomme, as Neesham too was unimpressive in the previous tie, scoring mere 12. Overall, Grandhomme could either replace Broom or Neesham. However, since Neesham was impressive with the ball in the previous game, claiming three crucial wickets, Broom could be on the receiving end. At No. 6, it is most likely to be Colin Munro, who played a healthy innings of 87 in the first ODI and is certain to retain his spot, as he will be aiming to continue the good form. At No. 7, it has to be the wicketkeeper-batsman Luke Ronchi, who is a sound player and equally good behind the stumps, but needs to come up with a fair performance with the bat as well.

Bowling attack: The bowling attack is likely to start with the bowling all-rounder in the form of Mitchell Santner. However, being unable to make an impact with the ball, claiming just a wicket for massive 61 runs, could possibly see him getting axed and Matt Henry taking his spot. He will be followed by another bowling all-rounder Tim Southee, who was impactful with the ball, claiming 2 wickets, but was also expensive with 63 runs. He certainly needs to improve his performance with the ball, or could possibly face an axe, while Henry could be in contention again. Next up should beLockie Ferguson, who was eventful with the ball, claiming three crucial wickets. He is certain to retain his spot, while the final man in the side could either be Trent Boult or Henry again, as Boult could not do much with the ball, and failed to claim a single wicket. Overall, Henry has a chance to come in place of either of Santner, Southee or Boult. 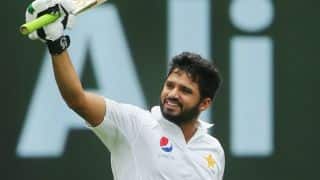 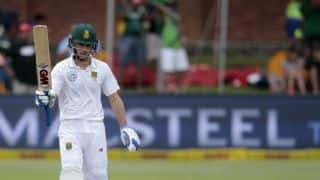