Bangladesh carried their good form from ODIs into the T20I match as well.

Following a 3-0 whitewash over Pakistan in the just-concluded three-match One-Day International (ODI) series, Bangladesh would have been high on confidence and carried their good form in the one-off Twenty20 Internationals (T20I), as they beat Pakistan comprehensively by seven wickets at the Shere-e-Bangla National Stadium at Dhaka on Friday and earned their first ever T20I victory against them. Ayush Gupta takes a look at some of the highlights of the game that made the evening interesting

Pakistan openers struggle early on: Pakistan’s opening pair of  Ahmed Shehzad and debutant Mukhtar Ahmed got off to a poor start and failed to give the visitors a blistering start, which would have helped in posting a commanding and match-winning total. Shehzad failed to fire and was dismissed for mere 17 and he ate up 31 deliveries in the process. He was eventually dismissed playing a poor shot. Shakib’s all-round show ensures Bangladesh’s 1st victory against Pakistan in T20s

Memorable debut for Mukhtar Ahmed:  Mukhtar made his debut a special one as he slammed a healthy 37 against an in-form Bangladesh team. His innings included five boundaries and a six with a strike-rate of 123.33. His joy was short-lived as he could not capitalise on his good start. Time for Waqar Younis to step down as Pakistan’s head coach, says Rashid Latif

Dream debut for Mustafizur Rahman: On a day of debutants, Bangladesh fast-bowler, Mustafizur Rahman, made a dream beginning as well, as he picked up two crucial wickets, which included Shahid Afridi, and all-rounder, Mohammad Hafeez, for 12 and 26 respectively. He gave away just 20 runs and thus becoming the second most economical bowler of the match with an economy of 5.00 after Shakib Al Hasan. Imran Khan accuses Pakistan board of nepotism

Shahid Afridi asks for a review: T20’s are usually known to be entertaining with big hits fall of wickets. However, it becomes more entertaining if a player happens to perform something interesting on the field.  In 11th over, when Afridi was dismissed off Mustafizur, after being given caught behind by the umpire, Afridi felt that he hadn’t nicked the ball and unaware of the fact that it is a T20 game. He asked for a review, only to be told by the umpire that T20Is don’t have the Decision Review System (DRS) under the laws of the International Cricket Council (ICC).  Shahid Afridi signals for a review in a T20 International

Pakistan strike early: Despite their inability to post a match-winning total, Pakistan bowlers were able to get initial breakthroughs by dismissing openers, Tamim Iqbal, and in-form batsman, Soumya Sarkar, for 14 and duck, respectively. Wicketkeeper-batsman, Mushfiqur Rahim, was also dismissed for just 19 by their in-form fast-bowler, Wahab Riaz, who knocked Rahim’s middle stump out of the ground. However, Bangladesh’s star all-rounder, Shakib Al Hasan, and Sabbir Rahman, that took the game away, as Pakistan bowlers ran out of options. Pakistan’s loss to Bangladesh lowest point in cricket history: Imran Khan

Excellent finish by Shakib al Hasan and Sabbir Rehman: Shakib and Sabbir took the game away from Pakistan following their record 105-run stand, the highest 4th wicket partnership for the team in T20Is. Shakib contributed 53 runs, while Sabbir added 51 in the total stand, as Pakistan bowlers were clueless and did not know how to get rid of the pair. PCB chairman ‘deeply disappointed’ by Pakistan’s series loss to Bangladesh 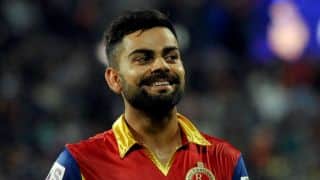