Bangladesh will be the surprise package of 2011 World Cup

Bangladesh will be the surprise package of 2011 World Cup

Bangladesh has home support, but lack consistency. Whatever they do, 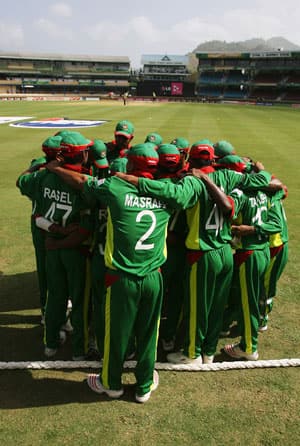 The world cricketing order has changed. Australia is not a dominant side any longer, India is not unduly reliant on Sachin Tendulkar and South Africa has emerged as a powerhouse. The World Cup 2011 kicks off in mid-February and culminates in April when the students will be busy with their examinations!

So, let’s look into the main teams competing for the biggest cricketing event.

Defending champs Australia are in the dumps and, if the Ashes are any indication, they will not be among the pre-tournament favourites.

South Africa, on the other hand, has shown consistency. The team has done well in past World Cups without winning the coveted trophy. “Speed King” Dale Steyn forms a potent fast bowling combine with Morne Morkel. The sub continental tracks will help spinner Paul Harris. Combined with their strong batting, South Africa looks certain for a spot in the semis.

The whole of India will be dreaming about Mahendra Singh Dhoni lifting the World Cup and Tendulkar providing the heroics. The 2007 World Cup was disastrous for India. Since then, the Men in Blue have played good cricket. Under the leadership of Dhoni, the team has fared well. The team now has a surfeit of talent and the selectors have a task on their hands. The Indian bowling department looks complete with Zaheer Khan and Harbhajan Singh leading the attack. Home conditions are also a big plus for India.

Co-hosts Sri Lanka has a complete squad to fight for the World Cup. Led by Kumar Sangakkara, the team looks dangerous. Muttiah Muralitharan will appear in his last World Cup. This team did extremely well in World Cup 2007. Since then it has infused young blood in key roles and look perfectly balanced.

England haven’t won a single World Cup till date. With Andrew Strauss as the captain and the Ashes series win in Australia, the team will be on a high going into the World Cup. Just what the doctor ordered. The team’s batting and bowling both have a settled look to it. Graeme Swann is world class and will be a huge force on the helpful tracks of the sub continent. Just like this year’s T20 World Cup, England might weave their magic again.

New Zealand has reached the semi-final five times but still looking for its maiden World Cup title triumph. Under skipper Daniel Vettori, they have developed a lot. They have some powerful hitters in their ranks.

It’s inevitable that the Pakistanis will surprise anyone and everyone in an event like this – in a good way or otherwise.

The team has taken a major beating since the 2007 World Cup. From the tragic death of Bob Woolmer to the match fixing scams, Pakistan’s cricket stocks have plunged. Their squads have been chopped and changed far too often to have an unsettled look.

West Indies don’t seem to go anywhere.  Someone has to take the responsibility of scoring runs and power hitting. It doesn’t look Kieron Pollard aggression will help this format. A lot depends on Chris Gayle firing. The bowlers are too inexperienced.

Bangladesh has home support, but lack consistency. Whatever they do, they will be the surprise package of this World Cup for sure, just like in 2007.

(Adithya.R is a cricket blogger – at http://www.the22yard.com – and a big Sachin Tendulkar fan. He is an active Facebooker and a Tweeter. He studies in Grade 10) 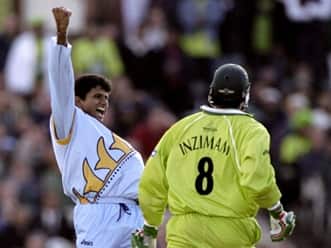 India's paucity in the fast lane