0 number of clashes between India and Bangladesh in Champions Trophy history. This will be their maiden face-off in the tournament s history.

0 number of clashes between India and Bangladesh in Champions Trophy history. This will be their maiden face-off in the tournament s history. Moreover, their only meets in an ICC ODI tournament happened in 2007, 2011 and 2015 World Cups. Bangladesh won the first encounter in 2007, while India defeated them in the next two. This will be their first meet in Champions Trophy semi-final, which will be played at Edgbaston.

2 win-loss ratio of India at Edgbaston, the best by any team at this ground. India have won 6 and lost 3 ODIs here. On the other hand, Bangladesh have played twice at this venue and lost both the times.

287 average total at Edgbaston in the ongoing Champions Trophy from four matches for sides batting first. For sides chasing, the corresponding number is 262. Despite the average total favouring the side batting first, chasing team have won 2, lost 1 and 1 ended with no result from 4 games.

118 runs averagely scored by India in death overs (40-50 overs) in this Champions Trophy, which is way higher than Bangladesh’s 67. Going by the bowling economy rate in death overs, India are again better with 5.77. Bangladesh have 7.95.

38 extras conceded by Bangladesh in this Champions Trophy, 2nd-most among all the teams, while India have given away 24, 2nd-least by any team. Interestingly, both the teams are at top in terms of delivering no balls with 3 each in this tournament.

41 runs needed for Soumya Sarkar to complete 1,000 runs in ODIs. If he gets there, he will become the 19th Bangladeshi to reach the landmark.

2nd spot will be taken by India in ICC ODI rankings if they win against Bangladesh. However, no changes will happen to Bangladesh’s 6th position in the rankings, irrespective of the result favouring whichever side.

32 runs required for Shikhar Dhawan to become the leading run-scorer from India in Champions Trophy history. He will go past Sourav Ganguly’s 665 runs in the tournament.

4 wickets needed for Ravichandran Ashwin to complete 150 wickets in ODIs. He will become the 13th Indian bowler and 4th Indian spinner to do so, after Anil Kumble (334), Harbhajan Singh (265) and Ravindra Jadeja (151). Sachin Tendulkar also has 154 wickets with his mixed bag of seam and spin.

3 times Kohli has been dismissed by Shakib Al Hasan in ODIs. However, Kohli averages 42.33 against the Bangladeshi bowler.

32 runs needed for Shakib to complete 5,000 runs in ODIs. He will become the 2nd Bangladeshi to do so after Tamim Iqbal. 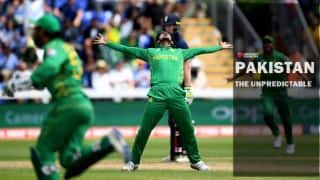 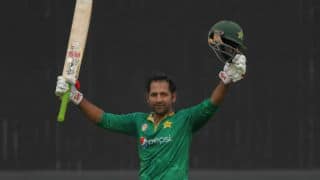