Brendon McCullum became the first New Zealand batsman to have been involved in a 300-run partnership and another 100-run partnership in the same innings. Abhishek Mukherjee provides a list of all other batsmen to have achieved this feat.

When BJ Watling had finally fallen to Mohammed Shami after the Test-saving partnership of 352 Indian supporters would have thought that they stood with a chance of victory. However, Brendon McCullum added another unbeaten 105 with James Neesham to a position where they have as good as saved the series.

In the process McCullum became the first New Zealand batsman to have been involved in a 300-run and a 100-run partnership in the same innings. So, who are the batsmen who have achieved the same? Let us have a look. 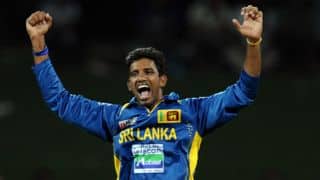