Having played only six First-Class matches, Barry McCarthy was ready to face Sri Lanka on his international debut.

From time to time, cricket teams have had players who changed the scenario with their individual performances. A new player brings along fresh ideas, new hopes and new techniques, which help change the conventional way the team has followed for a long time. The series against Sri Lanka was Ireland‘s chance to prove their critics wrong but that turned out to be disappointing one, as the hosts lost it 0-2. But as is said, ‘everything has a positive to it,’ that positive for Ireland from the series against Sri Lanka has to be their new find, Barry McCarthy. Live Cricket Score, Afghanistan vs Ireland 2016, 3rd ODI at Belfast

The two-match series at home was never easy for Ireland. Cricket in Ireland is nowhere close to how it is in Sri Lanka. Since the ICC Cricket World Cup 2015, Ireland played only five ODIs before facing Sri Lanka, winning only one of them. Sri Lanka, on the other hand, had played 13. While Ireland lost it to Zimbabwe twice, Sri Lanka were coming off encounters with New Zealand, West Indies and Pakistan. Evidently Sri Lanka were the favourites for the series.

While matches at home provide the advantage of playing in familiar conditions, it also comes with the added pressure of doing well in front of a huge number of supporters. Making a debut with a lot of expectations upon his shoulder and while the opponents are the favourites is never easy, but McCarthy had no other choice. Brother of Louise McCarthy a regular member of Ireland Women Barry McCarthy must have seen a person handle immense pressure from close. Having played only six First-Class matches, McCarthy was ready to face Sri Lanka.

Though Sri Lanka themselves are struggling currently, the team looked strong enough to thrash the home team. In the first game, skipper William Porterfield stuck to his two reliable and tested options in Tim Murtagh and Boyd Rankin for the initial few overs, and introduced McCarthy in the seventh over. Though the first ball fetched a couple of runs for the visitors, the next ball sent Danushka Gunathilaka back for 9 runs. Soon he got Kusal Perera caught and bowled, and Sri Lanka looked in trouble with 47 for 2.

His early scalps could not prevent Sri Lanka’s heavy middle-order from toying with the Irish bowling attack and putting up 303 runs but was surely a mental boost for him and his team. Ireland went on to lose the next match but McCarthy again bagged two wickets including the one of Dinesh Chandimal and bettered the economy as well.

As Afghanistan’s tour of Ireland for a five-match series continues, by the end of the third ODI, McCarthy already has 7 wickets after his name emerging as one of the top wicket-takers which includes a 4-for. Playing in only four ODIs, a bowler not only remains successful but manages to keep his nerves against a strong opponent. Ireland has long been deprived of a bowler who remains consistent with wickets and if McCarthy can maintain his form, he can become the name Ireland is searching. But can he turn his team’s future with his consistency? Time will tell. 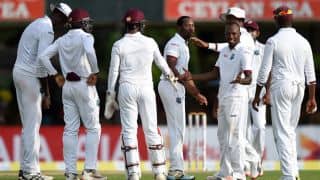