Chris Gayle was rested for a couple of games to keep him prepared for the big games.

The handling of Royal Challengers Bangalore s (RCB) explosive batsman Chris Gayle in the ongoing Indian Premier League (IPL) 2015 has strengthened the case of rotational policy in the tournament. Devarchit Varma explains how this can help the IPL teams in future.

Chris Gayle on Wednesday night wrecked havoc on an already battered Kings XI Punjab, slamming a rapid century to propel the Royal Challengers Bangalore (RCB) into the top four in the ongoing Indian Premier League (IPL) 2015. RCB now look pretty, having addressed their issues in the ongoing IPL season, they have flared up the competition of the final as three teams Chennai Super Kings (CSK), Rajasthan Royals (RR) and Kolkata Knight Riders (KKR) look set to qualify for the next round. Chris Gayle scores 5th IPL century against Kings XI Punjab in IPL 2015

Virat Kohli-led Royal Challengers Bangalore, like the Mumbai Indians, too have problem of plenty. But where they score over the Mumbai Indians is the fact that they manage their players better. They do not indulge in unnecessary changing of the batting or bowling order, and give their key players ample amount of rest, which keeps them fit for critical matches.

RCB, by giving Gayle breaks at regular intervals, have proved that they are ready to take risks by resting their key opener, and the presence of the dependable duo of Virat Kohli and AB de Villiers is helping them in their motive. The results have been positive so far, and RCB should be commended for their brave move. Chris Gayle’s century against Kings XI Punjab: History repeats itself

Out of the 10 matches played by RCB so far in IPL 2015, Gayle has played eight and has taken some much-needed breaks. The result of this activity has proven excellent for RCB as Gayle has established himself as the third highest run-scorer in IPL 2015, having scored 357 runs from eight games at an average of 51, smashing one century and two half-centuries.

IPL is one tournament that sucks out a lot from the players and teams, as despite the rigours of international cricket, every time they walk out to the field the fans expect them to be on top of their performances. And then, travelling throughout India and playing very late night matches over two months can also disturb their body cycles, which can have an overall impact on their performance. IPL 2015: RCB fans hopeful that their team will make it to the play-offs after win against KXIP

Thus, by rotating key players and giving them ample amount of rest, the IPL teams can ensure that the players are ready for bigger and important matches. Also, the IPL teams generally rake up good amount of players and a lot of them do not get enough opportunities. It s a tricky situation teams like to garner momentum early on and they may not experiment much with their combinations but one or two changes per matches do not always hurt and they allow the key players to give their bodies enough rest.

Rotation policy was a key part of the international cricket teams around 2011-12, when England and Australia used it extensively. For them it worked well but for teams like India, it backfired. The policy does not guarantee success all the time, but smart use of it can be beneficial. The Royal Challengers Bangalore (RCB) have done very well in this regard, and they have set a strong example for the others to follow and be a little brave. VIDEO: Chris Gayle’s 46-ball century against Kings XI Punjab in IPL 2015 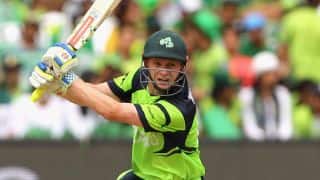 Live Cricket Scorecard, Ireland vs England 2015: Only ODI at Dublin 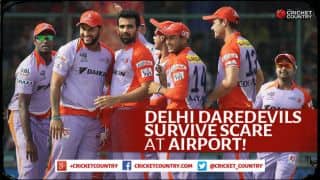