Chris Rogers has transformed into a consistent run-machine in the recent past.

Even though big scores do not embrace him with great frequency, Chris Rogers has transformed into a consistent run-machine in the recent past. In his last nine Tests innings, Rogers has smashed seven half-centuries and a century. Devarchit Varma questions his decision to retire when he is at the pinnacle.

Among the zillion things batsmen keep wishing all the time is that they get to leave the game on their terms — that no one throws them out, or they do not hit nadir — especially when age is not on their side. The world of cricket has of late become fascinated seeing young blood everywhere, and the meteoric rise of Twenty20 leagues across the globe has certainly fuelled the sentiment that old men do not fit in the systems better. In international cricket presently, not many cricketers are active who are say, 35 plus and still enjoying their cricket. Almost all teams have new blokes carrying their flags, but there are others like Rogers, Kumar Sangakkara (two Tests away from retirement) and Misbah-ul-Haq, going strong as ever. ALSO READ: Steven Smith’s battle to Lord’s honours board

The end of the Ashes 2015 will also bring down the curtains for Rogers and Brad Haddin, who have been terrific for Australia. While Haddin had a comparatively longer career, the left-handed Rogers was picked only when Australia ran out of patience with the new ones and had no hopes left. Rogers did not disappoint — he continued to score runs as fluently as ever — and proved that decision to give him another go in international cricket was a correct one. MATCH REPORT: Rogers, Smith propel AUS to 337/1 at stumps on Day 1 of second Ashes Test

Rogers not only formed a strong bond with David Warner at the top but the humongous experience that came along with him also benefitted Australia. He has been a prolific run scorer both in Australia and in England, and it is not surprising at all to see Rogers being among the runs once again in the Old Blighty, leading the ‘Dad’s Army’ with strong examples in this Ashes 2015. In the opening Test at Cardiff, Rogers fell agonisingly short of a well-deserved hundred by five runs, and of course, the blip in the second innings was forgivable. ALSO READ: Steven Smith, Chris Rogers break Ashes record for highest 2nd wicket partnership at Lord’s

With eight half-centuries and a century in his last nine Test innings, it does not look Rogers is slowing down anytime soon. Australia need their strong men more than ever, and to have someone walking away from Test arena with not many waiting in the wings to take over in the same passion, does not seem the right decision. Especially when there are not many important Test series’ lined up. There will be a fair amount of time for the next Ashes and Australia are ending 2015 with home series against New Zealand and West Indies. Also, the long intervals between Test series will give his ageing body enough time to recuperate. ALSO READ: England must guard against complacency during 2nd Test at Lord’s

Rogers has been an integral part of this Australian team, which came together around the time of the 2013 Ashes series in England, and two years is certainly lesser time for any good unit to spend. Rogers was trusted with one specific role and he has not only done well, but has excelled lately. If Australia have someone as prolific to take over, then Rogers must carry on with what he has planned, but if not, he and the team management must give a serious thought over the timing of retirement. 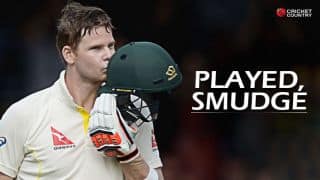