After escaping a deadly shooting in a mosque in Christchurch, Bangladesh cricketers are reportedly not in a mental frame to play the third Test.

The Bangladesh cricketers, currently in the final leg of their New Zealand tour, were about to enter the mosque in Christchurch, the venue of the third Test, when the shooting began.

Reports from New Zealand claim the tourists are eager to get back home as soon as possible.

Bangladeshi sports journalist Mohammad Isam was on the scene and posted a video of the players leaving the scene of incident. He said they want to fly back home.

“I don’t think they’re in a mental state to play cricket at all. I think they want to go back home as soon as possible. I’m speaking from experience, I’m speaking from what I’ve heard. Everyone is at the Hagley Park dressing room … two players are back at the hotel. They didn’t come out for the prayers so they are back at the hotel and the entire coaching staff are safe,” he was quoted as saying by New Zealand Herald on Friday.

Isam rushed to the place after being contacted by a Bangladesh player to call the police. “When that was happening, one of the players had called me to contact the police. I’m new in Christchurch, I didn’t know who to contact. I just got on someone’s car and just we went near that place and it was very traumatic,” he said.

New Zealand Cricket said through its official Twitter handle they are working with the authorities regarding Saturday’s third Test.

Mazhar Uddin, a reporter for Bangladesh’s Daily Star said, “The distraught Bangladesh players got inside a bus and laid down on the floor after the warning.” 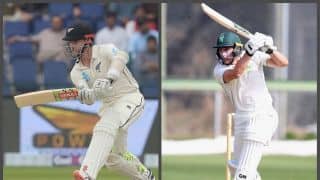 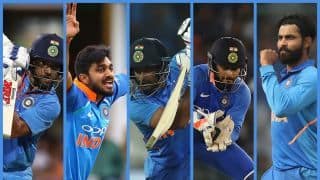