Trust me when I say this: we, Indian fans across the border, feel the same excitement.

Waking up this morning would certainly have been extremely thrilling for all of you, isn’t it? Along with the fresh rays of light kissing your land, there must be tremendous excitement of a new beginning, a start of a new chapter which will go down in your history books as one each of you will fondly remember. After all, it is the historic morning when the international cricket is back in your country after a gap of six long years. READ: PCB should convince India to play in Pakistan: Shaan Shahid

Hmmm… that is too long a time!

Trust me when I say this: we, Indian fans across the border, feel the same excitement, the same thrill and nervousness as this historic moment beckons upon you, for we are neighbours.

It was enormously sad to see the international cricket teams shunning the doors of possibility of international cricket in Pakistan. Time and again reports kept surfacing about one team or the other touring, but unfortunately the wait felt never-ending. Never ever in our scariest dreams would we have seen international cricket not returning to Pakistan for six long years; I am sure that situation over there would have been scarier than what can be fathomed. READ: Saviour driver remembers 2009 attack

Well, I must say; and I think I can speak on the behalf of the thousands of Indian cricket fans whose love and care for the game of cricket goes beyond players, jerseys, and nationalities. We understand the pain and suffering with which you would have lived all these years. From old to young cricketers and the fans, we all have lived the same pain. And we are glad that it is over now.

There would have been old men and women, who would have witnessed the glorious days of Pakistan cricket under Hanif Mohammad, Imran Khan, Javed Miandad, Zaheer Abbas, Abdul Qadir, Wasim Akram and many more, including the greats from the 2000s. These old people would have surely feared the worst — not getting to see international cricket on Pakistani land in their time.

Over the past six years we feared for every Pakistani kid who would have just began understanding the game of cricket, started watching it on television. His young mind may or may have not thought about going to cricket stadiums and watching these players in action. But he has surely missed out on a strong foundation for six long years! READ: International cricket resumes in Pakistan: A plea to fans

We feared for every young father — who would never have found a logical explanation to answer his kid on why Pakistan cricketers do not play at home. This father would never ever have found words suffice to feed to a young, tender mind that sometimes, evil wins over the good. Sometimes, the fear of bullets and blood wins over the purest of things in the world, like cricket.

That father would have surely have wept deep inside his heart, seeing his young enthusiastic and innocent kid starting off as a cricket fan just like he did many years ago, not knowing where is the end to this pain. READ: Karachi attacks were meant to sabotage tour, claims top

Congratulations, Pakistan. Even though there is time for the purest form of cricket, Tests. In your land, today gives you an opportunity to shed tears of joy, cry out all the pain and enter a new era with trust being restored on good over the evil, with cricket winning over all the men and their immoral propagandas, who do not want it to prosper.

Enjoy the moment; cheer for Pakistan in this series like you have never done before. There are not many days that bring such unbridled joy, and we, from India, cannot wait to join you from across the border as well! READ: PCB invite PM Nawaz Sharif, Chief of Army General Raheel Sharif for Zimbabwe T20I 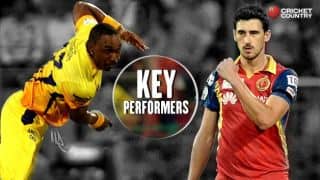