Cricket solemnises its marriage with Bollywood

Cricket solemnises its marriage with Bollywood

On April 18, 2008, the Indian Premier League (IPL) was born with a glitzy opening ceremony and some cricketing fireworks at the Chinnaswamy Stadium, Bangalore. In a sport that has traditionally seen nations battle one another, a club-based concept was a novelty mixed with the entertainment of T20 cricket. Many were sceptical, but curious to know whether this formula would capture the imagination of cricket lovers. 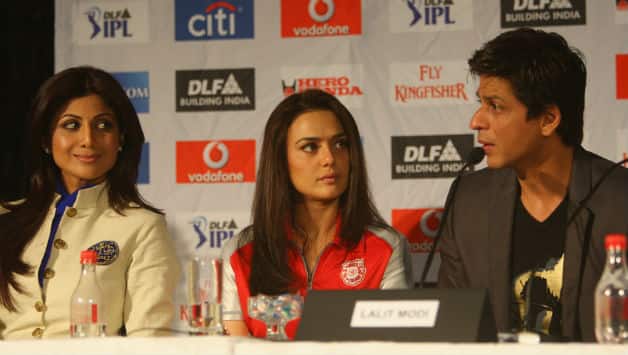 On April 18, 2008, the Indian Premier League (IPL) was born with a glitzy opening ceremony and some cricketing fireworks at the Chinnaswamy Stadium, Bangalore. In a sport that has traditionally seen nations battle one another, a club-based concept was a novelty mixed with the entertainment of T20 cricket. Many were sceptical, but curious to know whether this formula would capture the imagination of cricket lovers.

The inception of the IPL introduced numerous new aspects to the cricketing world. While South Africa had introduced franchise-based cricket in the mid-2000s, Lalit Modi envisioned the involvement of the biggest corporate houses in India. Eight cities were up for auction and the corporate battled to get a taste of India’s passion — cricket. If the franchises’ auction surprised many, the players also went under the hammer and some of them commanded mind-boggling sums.

The IPL not only brought the corporate and their rich purses, but also attracted the entertainment industry. Some of India’s most popular film stars owned cricket teams and unknowingly, the IPL fostered a marriage between Bollywood and cricket. Shahrukh Khan and Juhi Chawla bagged the Kolkata franchise, Preity Zinta became the cheerful co-owner of the Kings XI Punjab, and the ever-smiling Shilpa Shetty became the face of Rajasthan Royals.

With these intriguing developments in the backdrop, the real cricketing action got under way at Bangalore.  A colourful opening ceremony kick-started the tournament as a galaxy of stars — from the reel and real life — assembled at the Chinnaswamy Stadium. Cheerleaders from the Washington Redskins also added a splash of colour to the ‘cricketainment’.

The first contest was between the Royal Challengers Bangalore, a team owned by the flamboyant millionaire Vijay Mallya and Shahrukh’s Kolkata Knight Riders.

For the first time, the Indian fans were put in a spot. Sourav Ganguly and Rahul Dravid, men who shaped India’s cricketing fortunes, walked out as captains for the toss. For the cricket- loving Indians, they were had always been on the same side, but now their loyalties would be divided as the two senior men clashed with each other. Dravid won the toss and chose to bowl on a good looking surface. The stage was set for the real deal to begin. Little did anyone know what was to unfold!

Praveen Kumar bowled the first over of the IPL and Ganguly took strike to the first ball. However, the fireworks commenced in the second over as Brendon McCullum took on the wily Zaheer Khan. Moving about the crease with a typical shuffle, the New Zealander dispatched Zaheer through the leg-side with ease. The first six of the IPL was a streaky stroke — an edge of McCullum’s bat that flew over third man.

The nation was just about warming up for the T20 extravaganza. McCullum was in imperious form. His second six went flat over fine-leg. The batsmen at the other end were eclipsed by his clean hitting. McCullum’s batting was a true reflection of what T20 cricket was all about. India had embraced the format with open arms after Mahendra Singh Dhoni’s young brigade lifted the ICC World T20 2007, but McCullum’s exhibition of savagery was unreal. The New Zealander smashed almost everything in sight and demoralised the Bangalore bowlers. He had the audacity of getting down on one knee to the fast-bowlers and to guide them fine for boundaries.

Those who witnessed that innings at the stadium or even on television would never forget it for its sheer dominance. McCullum took 32 balls for his first fifty, but went into overdrive after that point. It took him only 21 more deliveries to get his next 50 and complete a memorable hundred. He wasn’t done there as he saved his best for last. In the last two overs Bangalore conceded a total of 43 runs, 39 of them coming off McCullum’s bat!

Along the way, McCullum broke Cameron White’s record (141 not out) of the highest individual score in T20 cricket. Ironically, White was at the receiving end this time as his solitary over went for 24 runs. McCullum kept raising the bar as he reached his 150 and took Kolkata to a mammoth 222. He finished unbeaten on 158 off only 73 balls — an innings that was studded with 13 sixes and 10 fours.

Bangalore’s morale was truly crushed as they folded for 82, handing Kolkata a monstrous 140-run victory.

Five years on, the legend of McCullum’s innings still lives on. Rajasthan Royals lifted the inaugural edition under the inspirational leadership of Shane Warne. The whole concept captivated people as they could now watch complete games even after office hours. The league has undoubtedly entertained and helped the players in many ways. When compared to the first season, there seems to be more glamour and glitz involved now. At the end of the day, the on-field action is what matters, but the controversies keep surfacing.

As the IPL has grown over the years, it has also divided opinions. While it has given youngsters a platform to get recognised and has helped the players financially, its other impacts cannot be ignored.
T20 tournaments along similar lines took shape in Bangladesh, Australia, Sri Lanka and now the Caribbean. Some suggest that international cricket — Tests in particular — may be threatened by a trend where the players may opt for lucrative contracts rather than national honours. The debate rages on without a conclusion and one can only make sense of the far reaching implications a few years down the line. 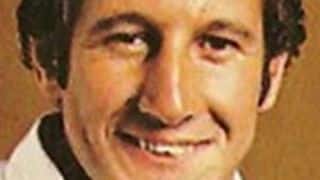 Peter Toohey: The man who turned down Packer’s megabucks to serve Australian cricket 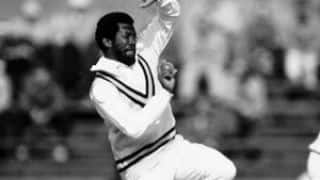