Glamorgan‘s cricket history has a rich heritage. They may not be the most popular names in anyone’s all-time county great list, but the likes of Alan Jones, Eifion Jones, Tony Lewis, Robert Croft, Steve James and Matthew Maynard are rightful legends in Welsh cricket.

Alan Jones, the biggest name in these parts, was a terrific left-hand batsman who holds the Glamorgan record for most runs – 34,056 in first-class cricket and amassed over 1,000 runs for 23 straight seasons. Eifon Jones claimed over 900 first-class dismissals as wicketkeeper and was a key member of the side that won the County Championship in 1969.

The captain of that team was Tony Lewis, who scored over 20,000 first-class runs and played nine Tests for England. Unbeaten all season under Lewis that season, Glamorgan won 11 matches – including a last-ball win over Essex at Swansea – and clinched the title by beating Worcestershire in Cardiff for the second time.

In 1972-73 in Delhi, Lewis captained England on Test debut – and remains the last man to do so.

James, Glamorgan’s first triple-centurion, was an integral member of the 1997 County champions side and captain when Glamorgan won the One-Day League in 2002. He played two Tests for England in 1998.

Maynard, who played 14 ODIs and four Tests for England scattered between 1988 and 2000, scored a century on debut in 1985 and finished his career with a Glamorgan record 54 centuries. He was captain of the side that won the County Championship in 1997 and reached the Lord’s final of 2000.

Croft led Glamorgan to the One-Day League title in 2004 and is the first Welsh cricketer to take over 1,000 first-class wickets and score over 10,000 first-class runs. Croft went on to play 21 Tests and 50 ODIs for England.

Majid remains a legend in Glamorgan cricket talk, chiefly because of the numerous match-winning innings he played for the club when they won the County Championship in 1969. During the 1981 season, Miandad scored eight hundreds and totalled 2,083 first-class runs.

Majid’s son Bazid, a former Test player turned TV analyst, can recall his father speaking of his time with Glamorgan.

“My father cherished his time with Glamorgan, and still remembers it fondly,” he told CricketCountry while in Cardiff. “He says the traveling was tough, and that the wickets were tough to bat on in Wales, but he has good relationships with that generation. He learnt a lot while playing for Glamorgan, and specifically I can remember him coming back to Pakistan and speaking about the technical prowess of the English. By that, I mean how the county clubs could analyse a batsman or bowler and come back the next season and sort them out. He lamented how far Pakistan cricket was in comparison to the British. He admired their structure.”

Former Glamorgan fast bowler turned TV presenter Alan Wilkins, made his club debut under Majid in 1976 and in 1983, after he returned from four seasons playing for Gloucestershire, he was team-mates with Miandad.

Waqar was Glamorgan’s overseas signing in 1997 and had an outstanding season, with several eye-catching bowling performances. Several of his photos adorn the walls inside Sophia Gardens.

When contacted by CricketCountry, Shastri recalled his four seasons playing for Glamorgan as career-changing.

“I was there from 1987 to 1991, incredible time,” he said. “Changed my life as a batsman. My technique tightened up big time in those conditions, playing in Cardiff and across England. It was a memorable time.”

In an earlier interview in 2018, to a Welsh publication, Shastri had elaborated on his time with the club.

“After I left Glamorgan after I started getting hundreds, and not against Mickey Mouse teams” he said. “Hundred against West Indies, hundred against Pakistan, hundred in England, and a double-hundred in Australia, so it changed the whole focus of my career as a player and of course the people. The people made you feel comfortable, I felt at home in Wales in a week s time. From the moment I landed I stayed in different parts of Wales, but I came there the first week and I said this is my terrain, my territory. Middlesex were chasing me for a contract at that time and I said ‘good luck, Middlesex'”.

And then there was the king himself, Viv Richards. The West Indies legend played for Glamorgan in 1993 and inspired the club to the one-day title. The title run stands out for it was a fairytale win. After helping Glamorgan beat Kent in the final game of the season at Canterbury to lift the trophy, Richards retired from cricket. His name is still taken with awe in Cardiff.

Indeed, Glamorgan has a rich Asian connection, as well as to the Caribbean thanks to Richards’ one unforgettable season. Though it’s not the case today, maybe one day it can return.

History proves that that several international cricket stars have benefited from playing for Glamorgan. 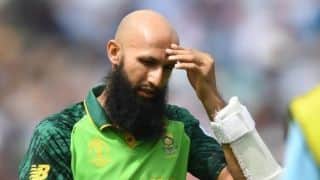