Cyril was considered to be the finest wicketkeeper in the Caribbean.

April 4, 1938. The brilliant Guyanese wicketkeeper Cyril Christiani died from malaria at the age of just 24. Arunabha Sengupta looks back at the life and career of the man still widely considered as one of the best wicketkeepers to have played for West Indies.

A short but brilliant innings

While ’keeping, he stood up to the pace of Learie Constantine, Manny Martindale and Leslie Hylton. In his third Test, played in his native British Guiana, he caught Patsy Hendren, Maurice Leyland and Leslie Ames, all off Hylton, and effected a smart stumping to dismiss George Paine off one of the quicker deliveries from Constantine.

It is not for nothing that Cyril Christiani is widely considered to be the best wicketkeeper produced by Guyana. The country has seen some other stumpers who have gone on to play for the West Indies. Clifford McWatt represented the islands in four Tests in the mid-1950s, Ivor Mendonca appeared in two in 1962. Milton Pydanna hovered on the threshold of the team in the 1970s and 1980s. Besides, Rohan Kanhai played his first three Tests as wicketkeeper, while Cyril’s younger brother Robert Christiani substituted for the injured Clyde Walcott at Calcutta in 1948-49 and effected two stumpings. But, Christiani stands well above the others in terms of skill and style. Some even argue that he remains the best wicketkeeper to ever play for West Indies.

Yet, the cruel blow of fate drastically cut short not only the career of this sterling talent but also his life. The man who used to stand up to the wicket, fearless while keeping to some of the fastest and fearsome bowlers, had to lie helpless as malaria brought about a ruthless end to his days at the tender age of 24. The career remained brilliant but brief, his days on earth fleeting, few but lived to the full.

Christiani’s Test career was thus limited to four matches — just one full series. But what a series it was.

He had made it to England in 1933, as the 19-year-old deputy of the Jamaican ’keeper Ivan Barrow. He did not play in the Tests, but gained plenty of experience in the tour matches. By the time England toured in 1934-35, Christiani had become the first choice stumper of the islands.

His debut featured one of the weirdest Tests ever played. It was at Barbados in January 1935. After rain, sticky puddings, reversed batting orders, tumbling wickets, outrageous declarations and some unplayable bowling, England won the Test  by four wickets. In those dreadful conditions, the keeping remained exceptional throughout. The experienced Ames conceded just four byes. The young Christiani let through just three.

The second Test saw the 21-year-old wicketkeeper sent in to open the innings. He walked out alongside Charlie Jones, the left-hander who played for the Malteenoes Club in Georgetown. The two became the first Guyanese opening pair in Test cricket. Christiani did not really blaze away, but his solid defensive technique made him ideal for the job of a makeshift opener. The Test saw West Indies draw level with an emphatic win.

The third Test at British Guiana ended in a draw, but it saw those catches and that extraordinary stumping off Constantine. Christiani also impressed with an unbeaten 32 in the second innings after being sent in to open yet again.

And the fourth Test was the historic match at Port of Spain. Christiani was involved in an 85-run second wicket partnership with the great George Headley and kept superbly yet again. West Indies won the match and thereby their first ever Test series.

It was time for jubilation for the young cricketing nation. They had triumphed for the first time and that too against their colonial overlords. The young keeper was surely touched by the euphoria. A long, fruitful career seemed to stretch ahead in front of his youthful eyes.

He continued to excel. His keeping remained flawless. And in the final of the 1936-37 Intercolonial Cup against Trinidad, he came good with the bat as well, scoring 34 and 79. His batting was improving by leaps and bounds. Already an asset in the team, he was turning into a gilt-edged one.

And then suddenly Charon’s boat crept in and snatched away this young man just as he was about to start its journey across  the path of life, fame and glory. On April 4, 1938, Christiani succumbed to malaria.

The name lived on

Standing up to fast bowlers, Christiani had lightning quick hands, and was electric down the leg side. In a First-Class career of 28 matches, he effected 64 dismissals and as many as 20 of them were stumpings. He did not quite succeed as much with the bat, averaging 19.60 in the Tests and 16.45 in First-Class cricket. However, he was always difficult to dislodge and a handy man to have anywhere in the batting order.

Cyril Christiani passed away young, but the Christiani name would continue to glitter across the pages of the international game. There were six brothers in all, and four of them played First Class cricket. The remaining two were more than useful cricketers, and several of them more than useful at hockey. The sporting feats of the six brothers were nurtured by the mother, who took on the multiple roles of coach, scorer and the motivator during their school and club days.

Brothers Ernest and Harry played just a handful of matches for British Guiana, but Robert Christiani took several nimble steps down the wicket and soon became a major force in the post-World War II Caribbean team. He represented West Indies 22 times, most of them down the order after the celebrated trio of Frank Worrell, Clyde Walcott and Everton Weekes were done with piling up their runs. When he was given out leg before wicket to Ken Cranston for 99 on debut, it reduced the batsman to tears, and most of Guyana cried with him.

Unfortunately, the two stalwart Christiani brothers never played First-Class cricket together. Robert Christiani made his debut for British Guiana in August 1938, four months after the death of Cyril.

The Christianis have gone down as the most successful of the Caribbean cricketing clans. And the ephemeral star of Cyril Christiani still shines bright at the head of the cricketing family tree. 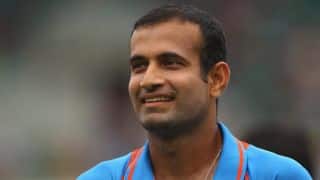