Dale Steyn proved his class and quality yet again as he destroyed Pakistan with some awe-inspiring bowling. His second five-wicket haul in ODIs helped South Africa clinch the five-match series with one to go. When compared to his Test statistics, Steyn has not had that great an ODI career. But Shrikant Shankar writes that Steyn is one such bowler who is capable of making up for lost time. 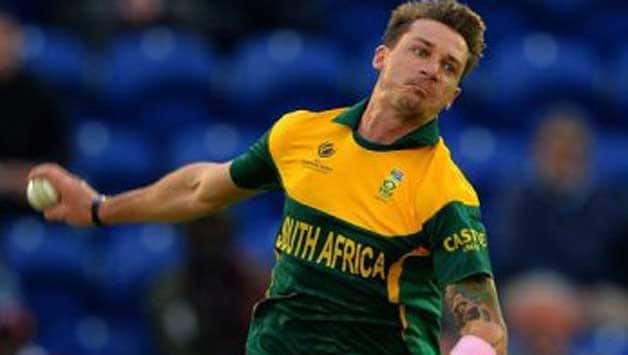 Dale Steyn proved his class and quality yet again as he destroyed Pakistan with some awe-inspiring bowling. His second five-wicket haul in ODIs helped South Africa clinch the five-match series with one to go. When compared to his Test statistics, Steyn has not had that great an ODI career. But Shrikant Shankar writes that Steyn is one such bowler who is capable of making up for lost time.

They say cricket in the modern day has become a batsman’s game. The boundaries have already become short where mere flicks take the ball high over the fence. The bats have become better as they help batsmen to play some unusual strokes which are highly effective. The rules have been tweaked so much that bowlers are left with no choice to experiment. Scores of 350-plus totals are being chased down with relative ease. Bowlers have come in for a pasting in almost every match which offers little to them. Not many are seen who can rattle the batsmen in limited-overs cricket.

However, there is an exception — Dale Steyn. Many believe he is the last genuine fast bowler left in cricket. How fare that is true is a topic for debate, but one thing is for sure — he is the only fast bowler in the last six to seven years who has kept himself really fit. Australia’s Mitchell Johnson and Pat Cummins are really fast, but have been plagued with injuries throughout their career. It is not that Steyn has not had injuries. He has had his fare share. But somehow he managed it very well and led South Africa to the pinnacle in Test cricket.

His record in Test cricket is supreme, considering that he plays at a time when the scoring rate increases every season. In 67 Tests, he has taken 340 wickets at an average of 22.65. His strike-rate is 41.4. He has also taken 21 five-wicket hauls and five 10-wicket hauls. His record against every opposition is impressive. He has taken wickets in favourable conditions in South Africa, England and Australia; and also in unfavourable conditions in the sub-continent. There is another debate as to who is the best pacer around between him and James Anderson. No disrespect to Anderson, but hands down, Steyn is better.

But when it comes to One-Day Internationals (ODIs), Steyn’s records are not as great as they can be. It is not that he is a Test specialist and does not play ODIs. But injuries and South Africa’s priorities over the years has allowed Steyn to majorly focus in Tests. He has only played 75 one-day matches for South Africa when compared to 67 five-day matches. At this rate, he will easily play more Tests than ODIs. But his records in ODIs are also very impressive. In those few matches, Steyn has taken 108 wickets at an average of 27.98 as of November 9, 2013. His economy-rate is 4.87 [which is brilliant]. As mentioned above, he has taken only two five-wicket hauls.

The first came against India in the 2011 ICC World Cup in a high-scoring match. The second came against Pakistan in the fourth ODI in a bilateral series in Abu Dhabi. And it is the second one that points to the fact that he has not lost any appetite or skill to succeed in the one-day game. After managing a total of 266 for five, South Africa needed their bowlers to be at their best against a highly unexpected Pakistan batting line-up. One did not know if Quinton de Kock’s century would eventually help South Africa win the five-match series.

Steyn was rested for the first two ODIs and this accentuates the fact that the Proteas want him fully fit for Tests and don’t mind him not playing some part of their limited-overs matches. He only took one wicket in the third ODI, which South Africa won. But in the fourth ODI, he showed his true potential. Pakistan may not have the best of batting line-ups, but they are not to be taken lightly. When almost every bowler conceded over five runs an over in the match, Steyn gave only 25 in his 10 overs. He also bowled a maiden over — the only one of the match. He destroyed the middle and lower-order as South Africa won by 28 runs and seal the series with a match to go.

People may say that he took five wickets against a weakened batting line-up. But as the saying goes ‘you can only beat what is put in front of you’. South Africa have not had it all in this tour of UAE, but Steyn’s inclusion has wrapped up the ODI series. He is probably the only bowler who can still make sure his ODI statistics soar up rapidly. Obviously he has to play more ODIs, but if he can manage it well, he can finish with more than 250 wickets. He certainly has the hunger for it.