“We are not sure about Munni, but Yusuf Bhai is sure to bring back the cup home.” That is what Kolkata Knight Riders’ (KKR) Instagram account mentioned when they shared this interesting poster of Yusuf Bhaijaan.

“We are not sure about Munni, but Yusuf Bhai is sure to bring back the cup home.” That is what Kolkata Knight Riders’ (KKR) Instagram account mentioned when they shared this interesting poster of Yusuf Bhaijaan.

There are more than many reasons to love the KKR. They have a passionate base of fans, then the Eden Gardens, now managed by Kolkata’s own Sourav Ganguly, of course then there is the Shah Rukh Khan oomph factor and in addition to all this they have a sound creative team, constantly coming up with videos and interesting posts. READ MORE: Meet KKR’s Chulbul Pandey and Rowdy Yadav

The Salman Khan-starrer blockbuster of 2015, Bajrangi Bhaijaan won zillions of hearts with its touching storyline where a simpleton from India, against all odds, ensures that that the six-year-old Munni safely reaches to her home in Pakistan. Our Yusuf Pathan from the KKR camp is a religious simple man like Bajrangi and makes the apt cast for the KKR’s series of #BollywoodKnights. ALSO READ: IPL 2016: Kolkata Knight Riders beat Rising Pune Supergiants by 8 wickets (D/L method), Stars and Flops

On Saturday, he put up another blazing performance against Rising Pune Supergiants as KKR won comfortably.

On a lighter note, Yusuf Bhaijaan’s younger brother Irfan was in the opposite camp. Unlike Yusuf, Irfan has not been treated well by the RPS management. He played just two games and as a specialist bowler, bowled just one over in the tournament. When Yusuf went all guns blazing against RPS, in a sweet way he also took out his revenge. Brotherly love, indeed.

Revenge taken or not, we don’t know, but this is a sweet picture:

The IPL is keeping us busy but got to meet my brother @irfanpathan_official yesterday during the training session . It’s #KKRvRPS time #IPL 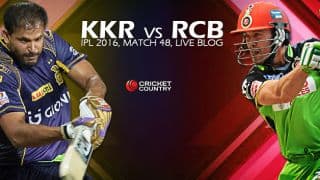 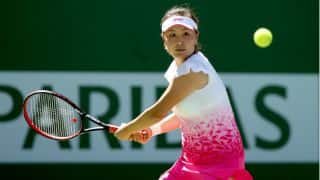