On January 27, 1979, one of New Zealand’s most intelligent cricketers breathed life for the first time. Prakash Govindasreenivasan looks back at the career of Daniel Vettori, arguably the best left-arm spinner in the world. 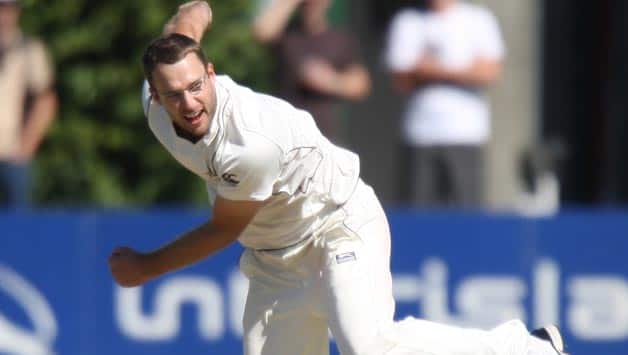 On January 27, 1979, one of New Zealand’s most intelligent cricketers breathed life for the first time. Prakash Govindasreenivasan looks back at the career of Daniel Vettori, arguably the best left-arm spinner in the world.

In an era that was dominated by an unspoken competition between two wizards of spin — Australia’s Shane Warne and Sri Lanka’s Muttiah Muralitharan — it was hard to turn one’s attention and take notice of a third one, more so a left-arm spinner from New Zealand.

Daniel Vettori came from a land where wickets were tailor-made for the fast bowlers. Frequent rainfalls ensured that moisture and dampness would feature more often than not, making it hard for a spinner to operate. Yet, Vettori has been exceptional, and how.

Hostile home conditions could have shattered the confidence of any young aspiring spinner, and yet, at the age of 18, Vettori became the youngest cricketer to represent New Zealand. Vettori’s bowling was never about the spin, as it was about the variation. The left-arm spinner brought his intellect to the game and his biggest triumph has been his ability to do well in some of the most unsupportive wickets. With a plethora of tricks up his sleeve, Vettori is indeed a craftsman.

Vettori’s first Test scalp was former England skipper Nasser Hussain, the same player he had dismissed on his First-Class debut only a couple of weeks earlier. A month after his Test debut, 18-year-old Vettori became the youngest New Zealander to make his ODI debut, when he was a part of the playing XI against Sri Lanka. While he slowly began to display his prowess with the ball, he also showed his potential to be a serious contender for the title of the world’s best all-rounder. He first displayed his ability with the bat in the second Test against Zimbabwe at Bulawayo where he played a valiant knock of 90 at number nine.

Vettori’s splendid bowling performance in a lost cause against Australia in 2000 was one of the most memorable ones by the southpaw. In a low-scoring Test at Eden Park in Auckland, Vettori ran through the Australian batting line-up twice to finish with 12 wickets in the match. In the process, he went on to become the youngest spinner to reach 100 Test wickets. But a cramped up schedule began to have a toll on his body and stress fractures to his back kept him out of the game for a few months.

Vettori went on to become the only Kiwi cricketer to do the double with 300 Test wickets and 3000 Test runs to his name.

The handy batsman and an astute leader

While not turning his arm over, Vettori was a handy batsman in both Tests and ODIs. He went on to score his maiden Test century against Pakistan in 2003, the first of his five.

After playing under the captaincy of Stephen Fleming for a decade, Vettori took over from him to lead the side in both Tests and ODIs. He first captained the ODI side in a game against Bangladesh in 2004 and registered a win. Daniel Vettori was no muck with the bat © Getty Images

He had a phenomenal year in 2005 when he joined Chris Cairns and Richard Hadlee in the 200-wickets club in a Test match against Zimbabwe at Harare. To add to this effort, he scored an 82-ball century, the fastest by a New Zealander in Test cricket.

His efforts in the shorter format of the game bore fruits as he was selected to play for World XI against Australia in the Super series, becoming the only representative from New Zealand.

By the end of the year, Vettori had replaced Fleming as the Test captain of New Zealand.

Vettori’s track record as captain would speak volumes of his ability to thrive under pressure. He may not be considered the finest cricketer from New Zealand but has undoubtedly been the most influential.

The ability to handle pressure was taught to him early in life. After making his debut at the age of 18, he found himself in a pressure situation when England needed 305 runs to win the Test match at Christchurch. The young man picked up four wickets and powered through for 57 overs, as England scraped through with a four-wicket victory.

While the match was lost, an important lesson was learnt. Handling pressure situations came naturally to Vettori. In fact, more the pressure better would be his performances. He showed that in matches where he rescued his side from a reeling position to post totals that were easy enough to defend. A look at his record as captain and one can see how he has revelled under pressure. Vettori’s career batting average was 30.10 in Tests and shot up to 39.12 when he captained his side. Four of his six Test tons have come when he was at the helm and even has a marginally better bowling average while leading his team.

Vettori’s time as the New Zealand captain was not easy. He saw players walking in and out of the side, in and out of form and yet he carried his side through various trials and tribulations. He led his side to the Champions Trophy final in 2009 and the World Cup semi-final in 2011 before giving up captaincy.

Vettori has been a true gentleman, a Jack of all trades who had the ability to contribute heavily in every little role he played. If one had to judge his career and his contributions to the game, one can safely say that Vettori has served New Zealand cricket with distinction, earning immense respect from the cricketing fraternity.

If fitness permits, this bespectacled warrior could have a lot more to do for his country before he decides to hang up his boots in pride.

Ranji Trophy: The heroes who held Mumbai’s fort when the big stars were away on national duty — Part 2 of 3