Darren Bravo's excruciatingly poor record while playing in home conditions has resulted in a fall in his average and denied him a place in a league that could have been called ‘Fab Five’.

Fab Four is a term that we often use to describe the era of Virat Kohli, Kane Williamson, Steven Smith and Joe Root. All four of them are of the the same age-group, most of them have played Under-19 cricket against each other, are middle-order batsmen, leaders and most importantly fantastic batsmen. While these men were still finding their feet at the Test level, another from the same age-group eclipsed the above names with his rise. Bravo was a known name to the world. Dwayne John Bravo or DJ Bravo, like he loves calling himself, was already a rage in West Indian cricket.  FULL CRICKET SCORECARD: Pakistan vs West Indies, 1st Test at Dubai

But now walked in his younger half-brother, who had little in common to his older sibling. Darren Bravo was 20 when he first played for West Indies and even before he made his debut, comparisons of his batting style were drawn to his inspiration, fellow Trinidadian, his cousin and one of the greatest — Brian Lara. The comparisons just did not end with their uncanny resemblance in style of play. The expectations soared when Bravo began the Lara-way, exactly to be precise before soon getting lost in the oblivion. Sixth year into Test cricket, on Day Five of the first Test between Pakistan and West Indies, Bravo almost pulled off an innings reminiscent to Lara’s 153 not out at Bridgetown, against the mighty Australia in 1999.

Bravo’s 116 under lights in the historic Dubai Test almost saw West Indies pull off the impossible. Pakistan, who declared their first innings at 579 for 3, were bundled out for 123 in their second with the leg-spin of Devendra Bishoo claiming a 8 wickets. West Indies were chasing 346 and at 263 for 6, they seemed to be in control as they eyed the seemingly impossible. Bravo fell for 116 courtesy the genius of Yasir Shah; while skipper Jason Holder kept one end tight, moments of hara-kiri, now a phenomenon in West Indies cricket, reduced them to 56-run loss.

West Indies and Pakistan both carry reputation to be volatile. Both had their moments of imploding but West Indies prevailed.

Shifting our focus on Bravo’s heroics, 87 in the first innings and 116 in the next, it was uncharacteristic of his style. He is a stroke-maker but in the first innings he decided to drop the anchor, exhibiting immaculate patience. He batted close to six hours and forty minutes for his 87. Fair enough, West Indies were going for a draw at that stage.

In the next innings, against a good Pakistan attack, which was going for the kill, Bravo mixed caution with aggression and put a price-tag on his wicket. If width was offered, there came the Lara-like drives, defence was the order otherwise. He was tested with short-stuff but he was happy ducking. He is usually a good user of his feat but he cut down on the superfluous grace that has in the past brought his downfall.

Bravo had spent over a day’s time out in the middle in this Test. West Indies went to dinner still believing.

West Indies had found their Lara! After a year of international cricket, it seemed Bravo was on his way to greatness. During the same time, Root was yet to make his debut, Smith had just made a switch from a leg-spinner to batsman and Williamson and Kohli were still finding their feet in Test cricket.

How the Test numbers looked by the end of 2011

How do they look now?

First up there were some unreal numbers from Bravo as if he had taken the comparisons with Lara too seriously and if he aspired to have identical numbers. In his first 12 Tests, both had 940 runs at 47.05. Now beat this, in his 13th Test, Bravo got 166, whereas Lara had made 167.

What went wrong since? Cricketers look to thrive in home conditions and West Indies in recent times have produced belters where overseas batsmen have flourished — but not in the case of Bravo. Strangely, he has been brilliant overseas and has looked out of sorts at home.

Bravo has exploited the subcontinent conditions well. He has produced exemplary feats Down Under too. His 218 against Brendon McCullum’s New Zealand at Dunedin in the 2013 denied hosts a win. The knock is one of the best played by a West Indies batsman overseas.

There are players who have bashed the minnow attacks to plump and boosted their Test numbers. Bravo’s, thus, is a curious case. Even against Zimbabwe and Bangladesh at home, the southpaw averages 25.40 from 4 Tests. His unusual numbers reminds one of Mohinder Amarnath, who struggled at home and flourished overseas. Mohinder, who was renowned for his play against short-pitched bowling, averaged close to 52 overseas and just over 30 at home.

Bravo has a brilliant attacking game; he is sure of his defence; and he makes the art of batting look graceful. More importantly, in many cases he has shown that Lara-like temperament to absorb tremendous pressure and excel. The general notion is he is not consistent. The matter of fact is he is excruciatingly poor while playing in home conditions and that has resulted in a fall and denied him a place in a league that could have been called ‘Fab Five’.

There is no apparent reason on why Bravo has not done well at home, in conditions that usually suit batting. Such inexplicable cases have been a part of West Indian cricket for long, but this drawback will determine his legacy and separate him from the league of greats to also-rans. He is still 27 and a long career lies ahead of him. West Indies will expect more of Dubai from the graceful young batsman. 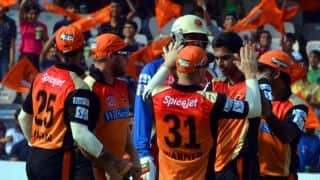 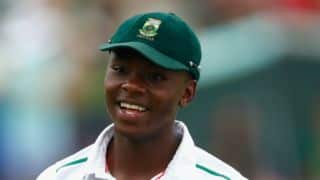