Darren Bravo took West Indies to within touching distance of a win in the first Test against Pakistan at Dubai.

Brian Lara is widely reckoned as the genius, who ends up on the losing side. In fact, people who possess similar quality have often started acknowledging themselves with the West Indian artist. The first Test between Pakistan and West Indies at UAE, which was also the second Day-Night Test in history, witnessed some breathtaking action, which at once looked rather lackluster game. From Azhar Ali s triple ton to Yasir Shah s heroics to get rid of Darren Bravo, the Test match saw some dramatic moments in the last few days. The most heart-wrenching moment of the game was witnessed when Bravo dolefully had to take the long walk back to the pavilion after playing a resolute knock and almost saving the day for West Indies. Visitors were chasing a massive target of 346 runs in the fourth innings, which was a tedious task but Bravo almost did the unusual in sailing his team s ship out of troubled waters but sunk in the end. Full Cricket Scorecard: Pakistan vs West Indies 1st Test at Dubai

Bravo came out all guns blazing in both the innings and was applauded for his grit and will power. He was the lone warrior for West Indies in the second innings and also the highest-scorer for his side in the first. Despite his heroics, West Indies ended up being on the losing side as there was absolutely no fight from his teammates, a factor, which can drain out his mental strength. Bravo has been a consistent performer for his side, but has not reaped fruitful dividends as he was let down by his team members on most of the occasions in the recent times. Bravo recorded his eighth Test ton on a wear out fifth day s wicket at UAE, which by all means was difficult for batting. The pitch was helping the spinners big time and Yasir Shah was in great rhythm.

Bravo played out Yasir with unrivalled confidence and was and showed some rigid resistance, which further diffused the threat of the devious leg-spinner. The first innings saw Pakistan piling a mammoth total of 579 runs on the board with Azhar scoring his maiden triple ton. Bravo played a unwavering knock of 87 runs and stitched a much needed partnership with Marlon Samuels. He took all the time in the world to get his eyes in and showed some terrific confrontation to a world class bowling attack and his technique against the spin was just remarkable. He swept the ball, which was full and the moment its length was pulled fractionally back, he went deep into his crease and cut it. His calculation was astute and his innings was a fine example of resistive aggression. READ: Darren Bravo: The missing link in what could have been Fab Five

Devendra Bishoo s heroics in the second innings saw Pakistan being bowled for 123, which ultimately set the target of 346 runs for the visitors to chase and opened up the game. The target was too tempting to not to be chased and needed some serious batting. A poor session could have been proven fatal for any of the team as both the stand equal chance of winning it from here on. Bravo remained unhampered from the situation and continued doing what he does the best, crafting a fine innings. Though wickets kept tumbling from the other end, he stood there like a rock. He has hardly looked as determined as he was while batting and spent massive time at the crease. His application was praiseworthy; he looked like a man on a mission.

Despite Bravo s stubborn knock of 116, West Indies didn t even manage to save the Test, leave alone winning it. Most of the batsmen floundered, and let the dark horse of the team down. Yasir pulled off a ripper to get rid of Bravo as he did almost everything right to get the job done for West Indies. In fact, he was the only wall standing between Pakistan and victory. The way Bravo dejectedly walked off after getting out said it all. READ: West Indies vs Pakistan, day-night Test: Darren Bravo proud of West Indies fightback

This kind of losses will have a mental impact on Bravo soon and he will be mentally drained out. The way he played this Test, West Indies should have at least saved it. He may just fizzle out if West Indies keep succumbing to such defeats. A batsman s morale and self-confidence takes a beating if his team does not win matched in spite of him doing well.

One thing is for sure, when Bravo scores West Indies win and the fact is more evident through numbers.

In matches, which West Indies have won:

In games that West Indies lost:

West Indies have not fared well in this format of the game in the recent times. In fact, they have lost their six Test series on a trot and the last time they beat any team was in 2014, which was Bangladesh. It s a serious downfall and they need to step up and add more victories to their name as their career graph is languishing with every series. Bravo is a match-winner and undoubtedly one of the finest among the contemporaries but the lack of competitiveness in the team might affect his game.

As of now, the onus of making a comeback in the three-match series is on West Indies as Pakistan have a 1-0 lead. And this would be an ideal platform for the team to make a comeback and give Bravo some fruitful dividends. 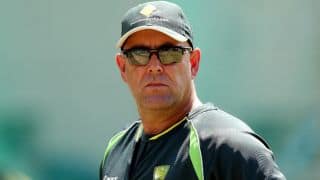 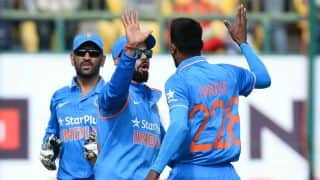