When the West Indian teams lifted the World T20 trophies on Sunday in Kolkata, the 'Champion' song reverberated through the Eden Gardens and its popularity reached to a different plane. Now there is an interesting development on the Champion front.

The word ‘Champion’ has virtually become synonymous with the West Indian cricket team of late. Even before their men’s and women’s teams stepped on Indian soil, the Dwayne ‘DJ’ Bravo written and composed number ‘Champion’ became their theme song for the World T20. And when both the teams lifted the trophies on Sunday in Kolkata, the song reverberated through the Eden Gardens and its popularity reached to a different plane. Now there is an interesting development on the Champion front.

Almost being fixated with the word ‘Champion’, the West Indies Cricket Board (WICB) tried to trademark it. However, there was a massive hurdle to cross, as the rights for the word were reserved with Bollywood actor Sunny Deol, who initially refused to sign the deal with his 2.5 kg hand to transfer the rights. This is when the ICC and the BCCI intervened and the deal got struck. And today, there is such bonhomie amongst all the parties that the WICB is even contemplating remake of Sunny’s 2000 flick ‘Champion’.

According to the sources, ICC is keen to co-produce the movie, which will be directed by BCCI. The basic premise of the new movie shall remain the same. The original film revolved around a man (Sunny) who has a quest, a dream to be the best of the best. He played the role a super-cop who dreamt of wiping off all crime. It is learnt that West Indian skipper Darren Sammy will reprise the role, where he will play a moral-cop; giving lessons to the WICB on how to run the game in a clean, transparent way and look after the players well. Winning two titles and making his side the best in the business helped him bag the role.

It is hard to keep Chris Gayle out of action, and in this flick, he will play the bad-boy. With little difference between his real life and reel life role, the makers are convinced that it is not going to be difficult transition for the burly Jamaican. Interestingly, WICB has even roped in the skipper of women’s team Stafanie Taylor for a meaty role. The original movie also had an important role played by a child, and in all likelihood, that role will go to West Indies’ under-19 player Shamar Springer. The all-rounder displayed his acting / dancing skills during the Under-19 World Cup when his ‘Springer’ dance-step almost became a rage. The other members of the World Cup winning teams will fill-in for the side roles.

That the Bollywood movies are incomplete without songs is no hidden fact. When the word spread that such movie is being made, leading music directors from the industry lobbied to bag the project. Anu Malik, who has composed Mumbai Indians’ team anthem, reportedly even requested Kieron Pollard to drop in a word of recommendation for him. But Pollard has no takers in the WICB these days, and most importantly, the music director for the movie had already been finalised in Dwayne ‘DJ’ Bravo. Quite an obvious choice, isn’t it? 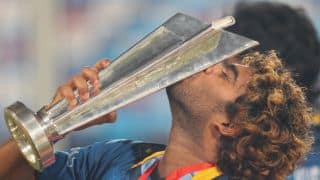