Death of a Gentleman: Time to look at accumulated mess

Death of a Gentleman: Time to look at accumulated mess

New film on the 'death' of cricket releases this summer

Landscape of cricket is evolving, as it always has, but there is something alarming happening amid the fast-paced, money-driven age around us. With the release of the film, Death of a Gentleman, the title suggesting something as grave as death, Abhishek Mukherjee tries to locate signals of a disease, and looks forward to find answers

In the newly-released trailer of Death of a Gentleman, we catch a brief glimpse of something that seems commonplace to many. However, in this context, it encapsulates all that is cool but alarming in the consumption of cricket in our current period. A man in a coloured wig jigs his head in enjoyment at an event on the field, both arms raised in the air, one with a soft drink can. He gives the impression of making the most of being present at a party. It is great to have anyone thrilled about the game, but when cricket’s character doesn’t encourage instant gratification, how is the fan coaxed to gorge on it greedily than munch on a tasty and nutritious meal?

No, this is not yet another case of pontification at the eroding values of patience and schoolbook technique within the changing landscape. Twenty20 tournaments have been a big hit across the world and the buzz helps spread the game; but there is a sense that the fan is hemmed in by the incessant signals to keep at it. The party never stops.

There are a number of things noteworthy about decisions taken on various matters that are associated with our experience of watching cricket.

The Ashes are almost here. At the end of Ashes 2015 England and Australia will have played 15 Tests in two years — far more than any pair of countries. South Africa, the top-ranked Test nation in the world, are mostly restricted to two- or three-Test series (quiz: do you remember when they played a four-Test series for the last time?). Clearly, there is more to scheduling than judgment of quality of the sides, also as India were accommodated for five Tests against England last year, with the latter half of the series listless and mediocre due to India’s inept performance.

In the World Cup held earlier this year, we had a first round so bloated that countries lacking in quality and experience but not in drive — the Associate nations — were made to hope for a series of upsets to have any chance of progressing through to the knockout rounds. So despite witnessing Ireland demolish West Indies and win a nail-biter against Zimbabwe, we realised the stronger teams have been given a long rope to ensure an unsurprising list of eight teams in the quarter-finals. What magnified the sense of injustice was that World Cup participation could itself be in jeopardy for these teams henceforth: the tournament would host only ten countries. In short, aspirants Ireland and Afghanistan, two countries eyeing a Test status (and deservingly so), were being dismissed from a seemingly elite club. READ: ICC has reduced cricket to a sport that survives; not thrives

Nevertheless, New Zealand sparkled for two months to finish runners-up, but more importantly created memories to cherish to remember the event by, overriding cynicism to some extent. But before the taste could settle down and linger, Indian Premier League (IPL) took over the senses.

For about two months, there was no international cricket besides four Tests involving England. Zimbabwe’s historic tour of Pakistan went unnoticed. The lack of alternatives, and the constant encouragement to glue in to the Twenty20 extravaganza, is not only irritating but tiresome. The power of IPL is big enough to dictate the order of world cricket . The world’s biggest hitters and smartest short-form bowlers were in Indian backyard, enchanting the Indian public, like they do every year. India’s clout is so big that their peers take them seriously on the threat of separation from the world body on denial of their claim to bigger revenue share from international cricket. The resultant became an overhaul of the world structure and the inception of the kingdom of the Big Three.

Amazingly, despite major concerns about undermining basic principles of equality and initial resistance from fellow cricket boards, the coercion by BCCI has been successful in having all of them become a part of it. BCCI had threatened to pull out of ICC events in the event that it does not come to pass. Ehsan Mani, former ICC president and a person who has helped enhance ICC’s finances, besides working towards the expansion of the game, critiqued that a united resistance by other countries wouldn’t have facilitated this: BCCI was as financially dependent on the rest as the rest were dependent on BCCI.

One of the many corollaries was that India was given to host three ICC events out of six from 2015 to 2023 with Australia and England sharing the others. N Srinivasan had justified the monopoly as “good for world cricket”, but with the layman’s limited expertise in such matters, was hard to see as positive.

What gave India such power? IPL, fuelled by people shelling out money to arrive at the stadiums to party and those wanting to glue to their television sets to entertain themselves could be an explanation. The buzz generated is amplified by obsessive advertisings on hoardings, television channels, newspapers and internet, and even restaurants and bars with their ‘IPL offers’, to keep the money — India’s money — rolling. The Indian board seems to advocate “Eat junk, dull your senses, make BCCI rich” the same way McDonald’s seduces you for a ‘sinful’ burger treat.

It is hard to just keep observing. Death of a Gentleman, a movie serious to shed light on such matters, will release this summer. The two-minutes-and-13-second trailer highlights some of these questions. It asks whether short-term gains could create permanent damage. Some of the quotes are revelatory.

“This is exactly how cricket runs — threatened intimidation.” — Tim May.

“How many sports in the world are actually contracting? It exists mainly for the interests of broadcasters, corporate investors, entrepreneurial investigators, and the fan is there to be monetised, and to be exploited.” — Gideon Haigh.

“What we are talking about is businessmen willing to do absolutely anything to keep hold of unpaid (?!!) positions.” — Sam Collins, one of the two creators of the film.

“What are they getting out of it that we are not understanding?” — Jarrod Kimber, the other creator of the film.

“It’s a power grab and money grab, and that’s all it is.” — Ehsan Mani

The build-up is engaging; it is hoped that clarity will be evoked when the movie releases. It will be timely. 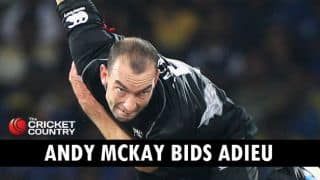