Big Three have have secured the key positions to control the governance.

The Big Three managed to get everything they wanted, along with the key positions to control the governance, functioning and purse strings of the game. Arunabha Sengupta wonders what is in store for cricket.

“We now have clear direction from the board and it is our job to implement the approved resolution.” — observed the International Cricket Council‘s (ICC) Chief Executive Officer (CEO) Dave Richardson.

Perhaps he is reminded of the days when his job sometimes forced him to fling himself around to collect atrocious offerings of the most wayward of bowlers. And as a former South African stumper, it might have been a tad difficult for him to anticipate the final South African delivery in this matter. But then, as in his playing days, he has to continue to do his thankless job.

We can now say with some confidence that the takeover is complete.

The Board of Control for Cricket in India (BCCI) president N Srinivasan is set to become the ICC chairman from July. The Cricket Australia (CA) chairman Wally Edwards will head the brand new Executive Committee — in turn reporting to the ICC board. Finally, the England and Wales Cricket Board (ECB) chairman Giles Clarke will continue as the head of the Finance and Commercial Affairs Committee (FCAC).

In short, the Big Three have not only succeeded in pushing all the recommendations of their controversial draft proposal, they have also secured the key positions to control the governance, functioning and purse strings of the cricket world.

“Full Members will gain greater financial recognition based on the contribution they have made to the game, particularly in terms of finance, their ICC history and their on-field performances in the three formats.” This was the disclaimer voiced by ICC as a proverbial ‘get out of jail card’.

It reads so very much like the pronouncement of a ruthless corporate giant after an acquisition. There are so many decisions taken by large corporations — buying, selling, rationalisation, rewards and recognition and so on — which are ostensibly linked to diverse parameters from employee satisfaction to corporate social responsibility. But ultimately it is always the bottom-line which proves pivotal.

It is perhaps a foregone conclusion that the so called on-field performance and ICC history will turn out to be of rather negligible influence compared to the financial factor. Already the scrapping of the proposed World Test Championship in favour of Champions Trophy demonstrates exactly how important ICC history is with respect to the monetary considerations.

In effect, the oligarchy of the Big Three is a throwback to the days of absolute authority of England and Australia — when the game was seen as a stable system of supremely important Ashes encounters with minor peripheral disturbance created by cricket’s vassal states. Now, there is a third and financially enormous dimension to that set up. And one wonders if the future of the game will be dominated again by Ashes encounters with a series of One-Day Internationals (ODIs) and Twenty20 Internationals (T20I) extravaganza featuring India and her favoured opponents.

One cannot realistically fight the forces of economics. Hence, it was perhaps inevitable that the Big Three would go for the biggest share of the cricketing coffers. But, the tangible authority to control schedules and calendars can potentially spell the end of cricket as we know it.

Yes, the boards of Sri Lanka and Pakistan abstained from voting. But, eight other Full Members did support the recommendations of the Big Three. Somehow it has the air of terrified turkeys voicing their consent for Christmas dinners. 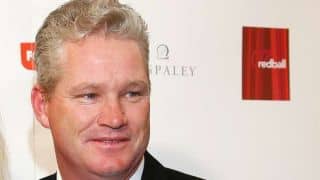