It was with Madhav Mantri’s sad demise Pananmal Punjabi had become India’s oldest surviving Test cricketer. However, after news came out that Punjabi had passed away almost unnoticed on October 4, 2011, the baton would have passed on to Deepak Shodhan. Abhishek Mukherjee looks at the oldest Indian Test cricketers surviving.

Pananmal Hotchand Punjabi, 19 days younger than Madhav Mantri, became India’s oldest surviving cricketer after the demise of the latter — only for a couple of days. Bipin Dani, the Mid-Day columnist, had brought the news of Punjabi’s death to forefront recently.

Following the news, CricketCountry staff scanned through the Municipal Corporation of Greater Mumbai (MCGM) database and found that Punjabi had passed away in a hospital on October 4, 2011. He was nevertheless a nonagenarian, having lived 14 days past his 90th birthday.

This means that there is no living Indian Test cricketer above 86. The full list of those over 80 reads: 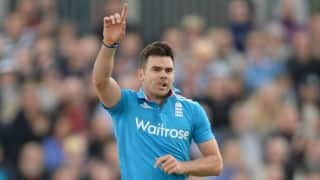