In conversation with CricketCountry s Correspondent, Nishad Pai Vaidya, TA Sekar discusses the MRF Pace Foundation. He talks about Dennis Lillee s contribution, the vision of the Pace Foundation, the difficulties they faced and the task before Glenn McGrath. Dennis Lillee (above) is light years ahead of other coaches. I donâ t think anybody else comes close to him,â opines TA Sekar. The two pacemen were the mastermind of the MRF Pace Foundation that gave India 16 fast bowlers in its 25 years of existence © Getty Images

In conversation with CricketCountry’s Correspondent, Nishad Pai Vaidya, TA Sekar discusses the MRF Pace Foundation. He talks about Dennis Lillee’s contribution, the vision of the Pace Foundation, the difficulties they faced and the task before Glenn McGrath.

CricketCountry (CC): Could you recall your origins at the MRF Pace Foundation?

TA Sekar (TAS): I joined the MRF Pace Foundation in the year 1988. I was still playing First-class cricket then. I spent almost two decades there and left in February 2008.

CC: How did you take up coaching at the Foundation while you were still actively playing First-class cricket? It is said that Dennis Lillee called you his best pupil.

TAS: Dennis Lillee wanted someone who was still playing at least First-class cricket and could train with the boys. At that time, I was staging a comeback into Indian cricket after my knee surgery and I wanted to prove to my contemporaries that I was good enough to play for India. Lillee saw me bowl at Chepauk and MRF approached me to join. It was a dream come true for me as Lillee was my hero. To work with Lillee was a huge motivating factor to join the Pace Foundation as a coach. I felt he could correct me if I was going wrong in my bowling action. I played till 1991 and was in the reckoning for the Indian team for the 1989 tour to the West Indies. Yes, seeing me work, Lillee did say that I was one of his best pupils.

CC: What was the vision with which the MRF Pace Foundation set out into Indian cricket?

TAS: The whole idea and vision was the brainchild of Mr. Ravi Mammen – who was then the Managing Director of MRF. He wanted India to have a handful of fast bowlers, as Kapil Dev was the only one of international repute. Having played state level cricket, Mr. Mammen knew that fast bowlers always hunt in pairs and he felt that another fast bowler at the other end to partner Kapil Dev and a few others in the team would help India. India used to struggle abroad on green tops as the players always played on turning surfaces here. Keeping all this in mind, it was thought that having a good pack would certainly help. The main vision was that India should have four fast bowlers in the team – three of which should be from the pace foundation.

To ensure that the academy is in safe hands, Mr. Mammen appointed Dennis Lillee at the helm. Lillee was a tearaway fast bowler who remarkably became a 100% bowler after suffering a back injury.

In that era, the BCCI (Board of Control for Cricket in India) wasn’t very professional then and the Pace Foundation preceded the National Cricket Academy (NCA). The NCA was established only in the year 2000 – a good 12 years after the Pace Foundation. The Pace Foundation was the first of its kind in the world – one that was fast-bowler centric.

CC: How would you describe Dennis Lillee as a coach? What was his methodology of coaching the young fast-bowlers?

TAS: Lillee is light years ahead of other coaches. I don’t think anybody else comes close to him. When the Pace Foundation was established, we all were new to the concept, but Lillee had coached New Zealand then. Coming from the Australian setup, his approach to coaching was meticulous and scientific – that relied on research. Lillee gave a new outlook to coaching fast bowlers. Earlier, everyone followed the English coaching manual – which was 70-80 years old. Australia was the first country to invest in research on fast-bowling. They found out why one has to be side-on while bowling and if one is not – what were the repercussions. Lillee injured his back in 1972 and was advised a back surgery – which he avoided. Instead, he took a conservative route – where he worked on his bowling action. In the early part of his career, his run-up was all-over the place. With the help of Frank Cyke – a bio-mechanist, he corrected the anomaly.

Keeping his experience in mind, when Lillee came in, he wanted a sprint coach. That demand was laughed off by many, but he felt that the bowling run-up was imperative as 70% of the effort is spent there. If that 70% is smooth, the remaining 30% would become much easier and smoother.

CC: What were the difficulties faced by the pace foundation in its early days and how were they tackled?

TAS: We had a lot of resistance from the various state associations – some were even hesitant to send their bowlers to us. Some of the coaches there were not convinced with the methods followed at the Pace Foundation – probably because of ignorance or an insecurity they had. Most of the coaches are batsmen and they couldn’t coach the fast-bowlers beyond a point. That was the problem in India then – there were no specialist coaches. This was the biggest hurdle we faced in the first few years at the foundation. As time passed, the boys knew that what Lillee was teaching was very different from what their coaches were. But, since these coaches controlled the matters in the associations, the boys would face difficulties. Some of the work ethics Lillee imparted were also met with opposition. It was a constant struggle for the Pace Foundation due to the ignorance of the Indian coaches – that lasted the first decade.

CC: Considering Lillee’s approach – which was unique and new to the Indian context, what kind of work ethics did he preach?

TAS: Fast bowling is a one of the most difficult discipline in cricket. When I say fast bowlers, I mean those bowling over the 135-140 kmph mark. An extra bit of training is required than the normal requirement. As I said earlier, there was no methodology to coaching and training in India. Even today, we do not have a scientific method of training and we are still 15 years behind an Australia or a South Africa. In India, the players were made to practice six days a week and play a match on the seventh. First thing Lillee told the boys was that they should bowl only for three days in a week. His logic was simple: if you abuse your body for six days a week and then play a match on the seventh, how would you be fresh for it? How would you give your 100%?

We introduced gym exercises, swimming three to four times a week, emphasis on running technique, long distance running, yoga etc. An important aspect that was added was a recovery period after every practice session. It was a systematic and individual based training program that studied the strengths and weaknesses of each bowler. Based on that, we introduced customised training programmes.

Lillee also introduced video sessions whereby the boys would see their own bowling actions in motion – something they had never seen in their life. After filming, the videos were shown to the bowlers so that they could see the mistakes they were making. Some of them got a shock of their lives as they felt that had actions similar to a Lillee, Kapil Dev or a Richard Hadlee.

CC: What is the legacy that Lillee leaves behind and how do you see Glenn McGrath taking it forward?

TAS: Lillee’s contribution to Indian cricket is unparalleled. Under his guidance, the Pace Foundation has helped produce so many international fast bowlers. It is a wonderful gesture by MRF to run it for more than two decades.

To fill into Lillee’s shoes isn’t going to be very easy. Having said that, McGrath is a great bowler and is tactically very strong. He needs to follow what Lillee has been doing all these years. Spending some time with Lillee would help him understand what has been happening there etc. There are two aspects to coaching – one is technical and the other is tactical. There has to be a balance between the two and McGrath has to maintain that – similar to what Lillee has done over the years. If he can strike that balance, he would be a great success and can take the Pace Foundation forward to greater heights. 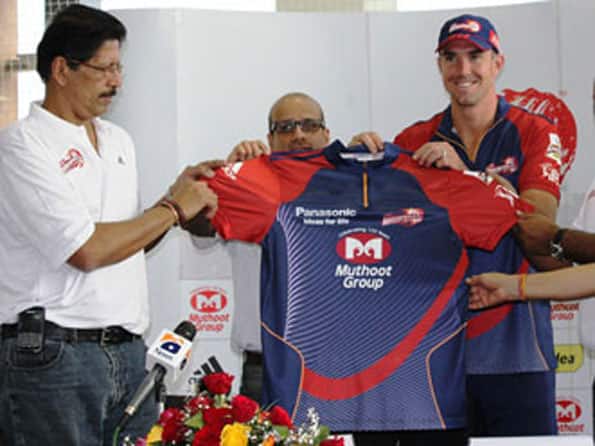 CC: The Pace Foundation has produced bowlers such as Zaheer Khan, Munaf Patel, S Sreesanth and RP Singh, to name a few. Who in your opinion was the best student during your tenure and what was Lillee’s opinion on some of the Indian fast bowlers?

TAS: Each bowler is different and I do not want to rank them or judge someone as the best. Most of the pass outs that played for India were very talented and we only guided them. I wouldn’t say we produced a Zaheer Khan or a Sreesanth. They had the basic talent to play at the highest level. Without it, you cannot make it there. We gave them a track and they followed it. In my opinion, Pace Foundation is a finishing school for these guys. At the Pace Foundtion, a raw diamond would become a polished and ornamental one.

CC: A number of Indian fast-bowlers burst on to the international scene and impressed with fantastic pace. However, some of them lost it drastically over the years. Why do you think it happens?

TAS: The Pace Foundation’s job is over once they leave and get into the Indian team. They can continue to follow the methods on their own volition after that. The demands of the Indian team are different and there are many things involved. Indian team have a coach and bowling coach, they have their own match strategies etc. If a fast bowler wants to play for India for a long and bowl (consistently) at 145 kmph, someone may tell them to reduce their pace or risk injuries. I cannot comment on that as it is totally up to the players what they want to be.

CC: On to another topic. At Delhi Daredevils, you are working with Umesh Yadav and Varun Aaron – men who India look up to as genuine pacers. What would you suggest to them to maintain pace as their career progresses?

TAS: These two are genuine fast bowlers. Umesh Yadav may not be very big as a Srinath or a Zaheer Khan. It doesn’t matter as height is only an added advantage. He is determined and has a bright future ahead. The game is played on fitness today and not talent alone. Fitness can enhance your talent, but talent alone cannot make you a great player. He is very talented. As they grow older, they have to work on fitness and constantly monitor their technical side. They should look at learning more on subtleties of fast bowling in different formats.

CC: Will Varun Aaron be available for the Champions League T20?

TAS: Yes, he is fit and available. 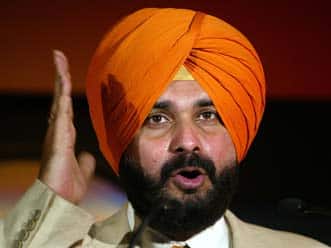