The axing of Pietersen ought to be one of the most ridiculous decisions taken by a cricket board.

The axing of Kevin Pietersen ought to be one of the most ridiculous decisions taken by a cricket board during recent times. Couldn’t the powers of English cricket handle the maverick batsman with a different wand, since they are the only losers from this fallout? Karthik Parimal writes.

With each passing fortnight, a new casualty tumbles out of the English closet, like an inevitable by-product of the drubbing that was handed to the unit during what was literally one of the hottest Australian summers. Jonathan Trott was the first to pack his kit, owing to mental fatigue, before Graeme Swann called it quits from all forms of the sport midway through the series. If these two departures were touted as major ramifications themselves, it would still have been considered a good getaway for England, for the repercussions have been far worse during previous Ashes failures.

What transpired after the debacle, especially during the last few days, though, props this phase as perhaps the worst ever for English cricket. Indications of the water being murky underneath came to the fore when Swann’s parting words were as follows: “Some people playing the game at the minute have no idea how far up their own backsides they are.” Almost immediately after the furore that ensued, Swann made it clear that he wasn’t referring to Kevin Pietersen — one of England’s finest players on the field and easily the most controversial off it. Then surfaced the titbit that director of the team, Andy Flower, had issued an ultimatum that he would resign if Pietersen was persisted with in the side. This, too, was vehemently denied.

Just days after both parties rubbished reports of a rift — a rift that was obvious to the naked eye anyway — Flower signed off from his post, and assistant coach Ashley Giles, Test and One-Day International (ODI) captain Alastair Cook and the new managing director of England cricket Paul Downton convened before coming to a “unanimous “conclusion that Pietersen deserves the boot, since “there was a need to begin the long term planning after the Australia tour. Therefore we have decided the time is right to look to the future and start to rebuild not only the team but also team ethic and philosophy.”

Several questions arise at this juncture. If the decision was indeed, as mentioned in the press release by the England and Wales Cricket Board (ECB), “unanimous”, why then did Giles — one of the head honchos — refer to Pietersen as a ‘million-pound asset’ just two weeks ago before being a party to wielding an axe over his international career? Also, what traits or acts of Pietersen were so beyond manageable realms that neither Flower nor Cook, two big names at the highest level of the sport, could handle? Surely, just “time is right to look to the future” cannot be a factor; not when Pietersen, aged 33, accumulates most runs in almost every series and is, in fact, England’s leading run-getter in Tests. The powers that be could have easily gotten two more years out of him.

One point that’s put forth by former cricketers and members of the fraternity is that England’s chiefs aren’t versed with managing a name like Pietersen’s.

Imposing numbers notwithstanding, Pietersen was one of the most exciting cricketers, one who’s revered, and one who puts bums on seats across the world in international cricket today. He’s deservedly a celebrated name, and the fact that he houses a massive ego owing to this is what probably ruffles a few feathers in the ranks. But hasn’t such sort of a conundrum been around for long in sport? And haven’t people dealt with, sometimes eked out as much as possible, from situations such as these? England’s own Ian Botham infuriated the honchos with antics ranging from smoking cannabis in the dressing room to making statements that almost rattled diplomatic ties between countries. At times, he colourfully conveyed his two cents to the administrators, too. Yet, there were captains and managers, like Mike Brearley, who knew how to extract the best out of him.

Moreover, current international sides have in their artillery mavericks like Pietersen. Australia could have easily dispensed with David Warner. Chris Gayle’s showdown with the West Indies Cricket Board (WICB), and the after-effects of the team’s downward spiral thereafter, before sense prevailed, is well-chronicled. It’s hard to fathom, then, why the ECB keep running into impasse-like situations with Pietersen and refrain from taking a measured step, often circumventing the obvious benefits his presence brings to the side?

One point that’s put forth by former cricketers and members of the fraternity is that England’s chiefs aren’t versed with managing a name like Pietersen’s. It is their ‘military model’ of operation, their one-size-fits-all approach, that’s cited as a cause for concern. Apparently, this seldom went down well with Pietersen and for this he often stoked the ire of his superiors. But is this reason enough to slam the door on his career? Brearley, one of England’s successful captains and until recently the President of MCC [Marylebone Cricket Club], wrote as follows in his book The Art of Captaincy: “The ‘military model’ would stress uniformity and fairness. The leadership model that I’m advocating [treat each player with a different wand] does not deny the importance of justice, but it suggests that justice does not reduce so simply to the same treatment for each individual, since different individuals have different such needs.”

If the issues were as trivial (relatively speaking and from outside the fence) as donning the wrong tracks during travel or employing different methods of training and practising from the rest, then the decision to halt Pietersen’s career is plain buffoonery. If it’s pertaining to getting along with fellow team-mates and maintaining the camaraderie, then, as former English skipper Michael Vaughan’s tweets so often suggests, it could have been dealt within the confines of the dressing room itself. If he’s not bringing the sport into disrepute and not harming the coffers, why was such a drastic step taken? The answers may not come from Pietersen, at least for the time being, since he remains contracted to the ECB as of now.

It’s evident, to pundits and laymen alike, that the boardroom members’ decision had little to do with cricketing reasons. For now, though, it appears we will be kept in the dark. Disappointed will be most of the English cricket fans, who will never get to see him in the country’s colours again. Other clubs and franchises around the world, however, will be willing to empty their vaults to solicit his services. It’s not often that one of the finest players in the world, one with maximum international runs and centuries for his country, and in prime shape, is up for grabs in the market. There’s no doubt as to who’s poorer following this decision. 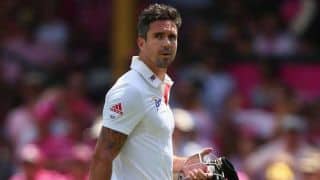 Kevin Pietersen – a maverick who was more than worth the troubles