Ashok Dinda's selection for the Asia Cup has gone almost unnoticed in the heat generated by the exclusions of Virender Sehwag and Zaheer Khan. 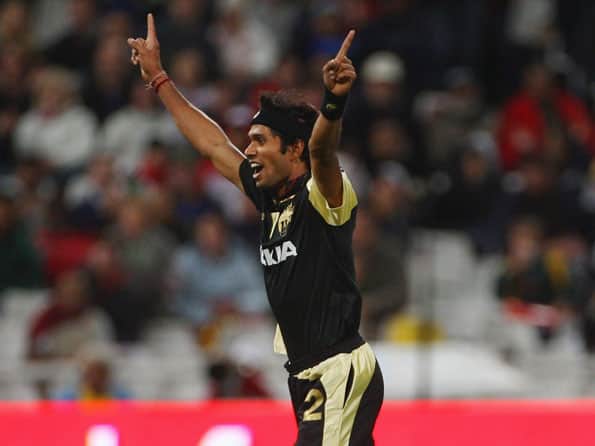 Ashok Dinda’s selection for the Asia Cup has gone almost unnoticed in the heat generated by the exclusions of Virender Sehwag and Zaheer Khan.

Dinda’s selection is a reward for his consistency in the 2011-12 Indian first-class season, where he was the highest wicket-taker. Prior to the start of the Test series Down Under, there were murmurs that he would be flown to Australia as a cover for Ishant Sharma. It never happened. Instead of warming the benches in Australia, Dinda remained in India and strengthened his case by his prolific wicket-taking spree.

It is good to see the selectors taking note of a bowler’s efforts in domestic cricket and rewarding him with a call-up to the Indian side. Last year’s top wicket-taker, Pankaj Singh came nowhere near an Indian call-up and it was astonishing to see bowlers with inferior records getting a nod ahead of him. Dinda’s selection, thus, is a welcome change. His stats are phenomenal, reflecting his consistency. His teams – Bengal and East Zone – have benefited tremendously from his form.

Here are his stats:

When the team management were supposedly mulling a cover for Ishant, Dinda’s numbers were good, but not as impressive as they are now. In five games he had scalped 27 victims at an average of 22.29, with two five-wicket in an innings. As you can see, he has nearly doubled those numbers in just four games.

This would be Dinda’s second stint with the Indian team, having played five One-Day Internationals (ODIs) in 2010. He was selected for the tri-series in Zimbabwe, when the established names of Indian cricket were given a breather. Even when they returned for the Asia Cup that followed, Dinda retained his place. However, his performances didn’t inspire enough confidence and he was discarded soon after.

Dinda isn’t express, but has the ability to mix his pace. At his fastest, he can bowl close to the 140 kmph mark and his slower ones can be very deceptive. His jump is reminiscent of a young Zaheer Khan as there is a long leap in his run-up before he delivers the ball. He is accurate as his sub-seven economy rate in T20 cricket suggests. That control, when blended with his recent wicket-taking form, would make him a force to reckon with.

The only worry for India would be the lack of pace in its attack. The decision to rest Umesh Yadav may have just dented the Indian fast-bowling department. Yadav may have been expensive at times, but his pace adds variety to an attack that contains the likes of Vinay Kumar, Irfan Pathan and Praveen Kumar. Dinda bowls in a similar range as the ones mentioned, occasionally touching the 140 mark. These men would have to be extremely disciplined on batsmen-friendly surfaces that may await them in Bangladesh.

However, Vinay Kumar has proved that lack of pace isn’t a worry and one can pick up a few yards on finding good rhythm. As Dinda makes his comeback into the Indian team, he has a shining example to look up to and emulate!