Don't blame IPL & T20 leagues; it's about the absence of lucrative central contracts

Don't blame IPL & T20 leagues; it's about the absence of lucrative central contracts

Last week, one the same day that Shivnarine Chanderpaul put up a familiar rearguard in the first innings of the first Test against England at Lord’s, two other West Indians distinguished themselves on a cricket field too. 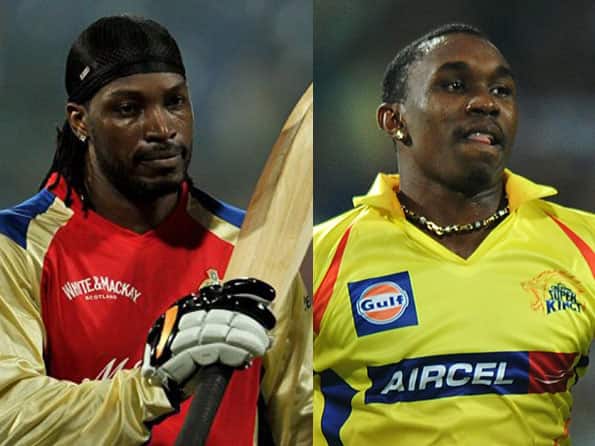 Last week, one the same day that Shivnarine Chanderpaul put up a familiar rearguard in the first innings of the first Test against England at Lord’s, two other West Indians distinguished themselves on a cricket field too. Three West Indians doing well on the same day would be a cause for celebration for a team used to nothing but mediocrity and defeat for over a decade now, but sadly, the three performances came in three different matches in three different cities. While Chanderpaul was doing what he does best at Lord’s, Chris Gayle brought the Delhi Daredevils bowlers to their knees at the Kotla in a century of stunning audacity, while Dwayne Bravo was the saving grace, with bat and ball, for Chennai Super Kings in their defeat to Kings XI Punjab at Dharamsala. West Indies’ troubles on the cricket field, and off it, are multi-faceted. But, of late, their biggest worry is that they’re simply unable to put their preferred first XI on the field at any point of time, in any format.

Many believe that the mushrooming of Twenty20 leagues around the world is a threat to Test cricket. Others believe that it is helping batsmen redefine their perceptions of what is possible with the right intent, and making bowlers learn new tricks, which in turn will benefit other formats of the game. Whether you think that T20 is a monster that would one day gobble up every other format of the game, or a blessing that will invigorate Test cricket further, just like one-day cricket once did, one thing is for certain: until it exists in its current unregulated environment, it will ensure that West Indian cricket will never get back up on its feet again.

These T20 leagues, and Indian Premier League in particular, have impacted almost all nations in the cricketing fraternity. Early retirements, players choosing their franchises over their countries are not unheard of anymore. But none of the countries have been hit as hard by this problem as the West Indies. One of the reasons has been the direct scheduling conflict with the IPL. Most of the West Indian cricket season overlaps with the IPL, thereby making in-demand stars like Chris Gayle, Kieron Pollard and Dwayne Bravo unavailable for their national team. It has long been said that creating a window for the IPL would resolve this situation, but I for one highly doubt it. After all, the IPL isn’t the only tournament in which these players are sought after. There’s the Big Bash in Australia, leagues in England, South Africa, Bangladesh, Zimbabwe and upcoming leagues in Sri Lanka and Pakistan. If every league is to be given a window, we would soon come to a point where we would be talking about having a window for Test cricket or international cricket!

No, the West Indies’ problem stems from the fact that a central contract with the West Indies Cricket Board (WICB) simply isn’t as lucrative an option as globe-trotting as a T20 gun-for-hire. After all, most of the IPL also coincides with the English season, but we do not see the English players abandoning their team for the IPL riches. While I would like to believe that this is patriotism on the part of the English, the simple fact of the matter is, a centrally-contracted English player makes about as much money as an average IPL overseas player without even playing a single game. Add to this retainer the players’ match fees for the year and you get an amount that makes it much easier for them to give the IPL a miss. And of course, the fact that in the England and Wales Cricket Board (ECB), they have an employer that knows how to take care of its players does not hurt either.

Compare that to a West Indian player. Given the state of West Indian cricket, it is inconceivable that a central contract with the WICB is monetarily anywhere near the same bracket as the English one. And of course, relations between the players and the WICB are always so tenuous that it is no surprise that the players have an every-man-for-himself mindset. In such a situation, I am actually surprised that it is only a handful of players who have followed the Gayle-Pollard-Bravo route, and not a whole generation, though I think that probably has more to do with a lack of ability rather than intentions.

And of course, with the IPL and other T20 scouts always on the look-out for new talent, any time the West Indies produces a halfway decent player, there is always a possibility that they will be lured away by the shortest format’s millions, Sunil Narine and Andre Russell, being the most recent cases in point. It would have been intriguing to see for example, how the Australians, who were troubled no end by Narine in the recent one-dayers in the Caribbean, would have done against him in the Tests that followed. England were destroyed by Saeed Ajmal in the recent Test series against Pakistan, and there’s no reason Narine couldn’t have bamboozled them at Lord’s as well. But alas, that was not to be.

Given the current impasse, I’m afraid the supporters of West Indian cricket will have to be satisfied with the brief sparks of spirit that the team has shown under Darren Sammy and Ottis Gibson in the last couple of series, without ever threatening to actually win matches consistently. And unless one day, the cricket boards of the world suddenly feel that they have made enough cash out of Twenty20, or indeed the West Indian cricketers feel the same, a return to the glory of yesteryear will remain a pipedream.