It should not come as a surprise if the first edition is sold out without much fuss: Driven is, after all, a book on Virat Kohli, easily the most popular contemporary Indian sportsperson. There is more to Kohli than being a champion cricketer. Not only is he the Indian captain in the longest format, not only has he taken Indian cricket from strength to strength in his not-too-long career till date, he has also earned that superstar image that has eluded several successful cricketers over time. And behind that aura, that glamour, that stardom there is a man-boy; as the world has followed him and his exploits in eager anticipation, a lot about him had remained unknown, unexplored, hidden behind the scenes: till Driven came out, that is.

As I have mentioned several times in recent past, writing biographies have become a lot more difficult in an era when satellite television and high-speed internet run riot. You have to give the reader something he has not come across. The world is aware of what Kohli has done with a bat in hand. Fans can recite his greatest performances from memory. Video interviews are everywhere if one knows where to look. Social media, especially Twitter, is threatening to eradicate the gap between cricketers and fans, especially after Virender Sehwag and Ravichandran Ashwin have come long. There is little that biographies and autobiographies can add in today s world.

In other words, a book should come with something extra something fans would not have access to. That is specifically what works for Driven. Lokapally has done extensive research: he has talked to Kohli s colleagues, opposition cricketers, coaches, people in the Delhi cricket circuit, even umpires who stood in matches featuring Kohli. As a result, he has managed down a book that is a plethora of delightful anecdotes and insights into the life of a boy who grew up without anyone realising.

Some of it was common knowledge: for example, fans know that Kohli idolised a South African; how he earned the delightfully innocent nickname Chikoo; about Viv Richards lauding him; about his hatred (there is no other word for it) for defeat; and more. But Lokapally does not stop at that: he went beyond basic information, researching extensively, providing vivid details of Virat s early days. I can list a lot of them, but that will ruin the fun for the reader.

There have been books on Mumbai cricket. Sandeep Bamzai and Makarand Waingankar have written two excellent books. Curiously, there has never been a lot of serious research on Delhi cricket, which, again is an area where Lokapally scores remarkably high. The valuable insights into Delhi cricket, especially the Western Delhi cricket, are eye-opening, as is the not-too-obvious reason for Kohli not being selected for Delhi Under-15s.

The tone of the book is as no-nonsense as it gets. Seldom does Lokapally try to influence his readers! He lays the facts down, one by one, letting the reader make his own decisions. In some ways, this is vintage Lokapally of Sportstar, famous for providing as many bits of information as possible without trying to influence the reader.

Some may find the tone dry, but flowery words would have ruined the matter-of-factness of the book. In fact, the economy of words is worth a mention. With Kohli, it is often easy to get carried away with superlatives, which is something Lokapally has abstained from. Driven resists that temptation.

Similarly, he has not given in to the temptation of describing Kohli s greatest innings in vivid details, for they show up on YouTube legally or otherwise hours, even minutes after the innings has been played. There is little you can add to videos. Lokapally, however, has talked to men at the other end, and even to Virat, to add delightful inputs when it came to what was going through the players minds as he batted on.

Before you ask, this is not a book for gossipmongers. Look elsewhere if you are interested in finding out how Kohli s relationship with Anushka Sharma had taken off, or vivid details about our hero s romantic escapade, this is not the book for you. This is far too serious a work for that.

There are typographical errors, the most glaring of which was Chris Broad instead of Stuart Broad. Since one can expect the first edition to be sold out sometime very soon, I hope these will be rectified in the second. 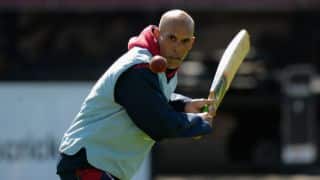 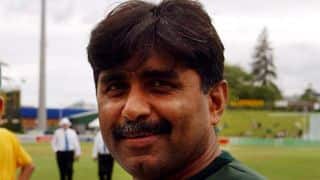