On September 17, 1982, the inaugural Test between India and Sri Lanka featured many a surprise. Sunil Gavaskar lost the toss for the ninth consecutive time before Duleep Mendis smashed identical tons to set a record that stands to this day. Karthik Parimal revisits that eventful Test. On September 17, 1982, the inaugural Test between India and Sri Lanka featured many a surprise. Sunil Gavaskar lost the toss for the ninth consecutive time before Duleep Mendis smashed identical tons to set a record that stands to this day. Karthik Parimal revisits that eventful Test.
If Sri Lankan cricket turned a corner after its entry onto the big stage, India’s role in it was certainly not negligible. Influence apart, the island nation was welcomed to the Indian shores for the first time in 1982, just months after the former made their Test debut against England. Eventually, Sri Lanka’s first win, and series victory, was against India in 1985.

The two sides first met 31 years ago, on this day, at Chennai’s MA Chidambaram Stadium. As newbies, Sri Lanka were sans pressure, but fully aware of the fact that an impressive show against their neighbouring giants (in size) could not just propel, but cement, their berth amongst the elite. The Indians were by no means formidable at the time, but the cricketing world safely assumed it would be a cakewalk for the hosts.

During the early 1980s, the Indian batsmen had stepped up a level and this was evident in the healthy totals they often put up against the best of attacks. Their bowling, however, failed to bowl sides out cheaply. This issue was on the rise ever since the exit of the quartet, comprising Erapalli Prasanna, Srinivas Venkataraghavan, Bhagwath Chandrasekhar and Bishan Singh Bedi. “[In 1982], [Dilip] Doshi was the most successful Indian bowler but even he had taken 13 wickets at 35 runs each. Kapil [Dev] with 10 wickets was even more expensive: 43.90,” noted Mihir Bose in A History of Indian Cricket.

Batting fourth at Chennai was always going to be arduous, but for the ninth consecutive time Indian skipper Sunil Gavaskar called the wrong side of the coin and his counterpart, Bandula Warnapura, duly opted to bat first. Despite their bowling conundrums, one expected the Indian bowlers to steamroll Sri Lanka and, as Kapil Dev and Madan Lal wrapped the openers for just 11 runs on the board, the scene was set to follow an expected path.

Nonetheless, Roy Dias and Duleep Mendis, two of Sri Lanka’s most promising batsmen at the time, started to tame the Indian attack with ease. Just few months earlier, India’s depleted bowling line-up had let England off the hook on two occasions after having them in trouble, and slowly it began to sink in — to the players as well as the crowd — that this time would be no different either. And sure enough, the bowlers failed to press home the advantage yet again.

Dias, whose scores in his five previous Tests featured 77 against England and 53, 98 and 109 against Pakistan, smashed a brilliant 60. At the other end, Mendis dropped anchor while simultaneously drilling holes at every opportunity he received. Together, they put on 153 for the third wicket and after Dias’s departure, Mendis, with silken wrists and a sturdy frame, galloped towards his century. In fact, he reached his ton with a towering six over long-on off Doshi. He was eventually dismissed for 105, after spending 179 minutes at the crease and facing 123 balls, collecting a six and 17 fours in all. Sri Lanka’s first innings total of 346 was respectable.

The Indian batsmen responded characteristically against a fragile bowling unit. Gavaskar and Arun Lal rallied to cut short the deficit by 156 runs and, after the latter’s dismissal, Dilip Vengsarkar took over the mantle. Gavaskar blazed his way to yet another ton as Vengsarkar was run-out for 90. At 329 for two, the Indians looked comfortably perched for a big lead and Sandeep Patil’s unbeaten 114 (13 fours, one six) ensured it. Gavaskar fell for 155 (24 fours, one six) as Patil, with assistance from the lower middle-order, steered India to 566 for six before the innings was declared. A 220-run lead on the penultimate day of the Test pushed the hosts to the favourites’ slot. Surely, one felt, the Sri Lankans would have to bat out of their skins to save this inaugural match.

But the Indian bowling tread a similar path. Sri Lanka’s openers were back in the confines of pavilion with the score just 47 and, yet again, the duo of Dias and Mendis came together to pull off a heist. Dias bludgeoned the attack, reaching his fifty in under an hour, inclusive of 12 hits to the fence. Mendis was the quieter partner, albeit only relatively. Losing momentum towards the end of his innings, Dias fell for 97, but, in Anura Ranasinghe, Mendis found an aggressive partner. The two added 79 before Mendis was bowled off Rakesh Shukla for, yet again, 105.

With that, Mendis became the only batsman to hit identical hundreds in the same Test, a record that stands to this day. Apparently, he only became aware of this record a few years after it was set. “It was a nice feeling to hold record for so many years”, he added. “However, I am surprised that this record is still intact. Records are meant to be broken and I shall have no regrets if someone breaks this record”, Mendis stated to Pakistan Observer.

An injury to Gavaskar notwithstanding, the Indians shuffled their batting line-up in order to set up a quick chase. However, Ashantha de Mel’s five-wicket haul meant that brakes had to be applied. Two more wickets had fallen before a wounded Gavaskar walked out to bat at No 9 to help save India the Test. At 135 for seven, the match came to a screeching halt, the result a draw. Although both sides could have bagged a win, the visitors were, by far, impressive of the two, considering it was their first dig against an already established side in the circuit. “On a true pitch batsmen dominated the match, with Sri Lanka exhibiting the more positive approach,” the Wisden Almanack noted. “The match aggregate of 1,441 runs was a new record for a Test in India.”

Man of the Match: Duleep Mendis 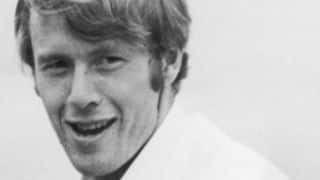