Shastri is hosting the results day coverage on a popular news channel.

With the Indian Premier League (IPL) 2014 taking a two-day break, Ravi Shastri couldn’t keep himself away from the “centre of the action.” As the Lok Sabha Elections 2014 results are being announced, Shastri is hosting the results day coverage on a popular news channel. No problems with him moving from cricket to the political sphere as he has taken to it like “a fish takes to water.” Its understood that he was practicing some of his lines for the big day. Fortunately for him, he didn’t have to work too hard. The only difference was that he had to interchange his presentation and the toss templates.

He began his morning introduction by saying, “Ladies and gentlemen, what we have seen in the last two months was an exhilarating contest between the two sides. It is only appropriate to thank the Election Commission of India and the Government of India for making this possible. The voters came out in large numbers to support their sides. With the machine before them, they pressed and pressed hard. Irrespective of the result, one can happily say that in the end, democracy was the winner. All three results are possible.”

When the first results came out, he said, “So the BJP draws first blood.” As the result kept pouring in one heard phrases like, “BJP needs a couple of sixes [parliamentary seats] to do the full monty. That is what the doctor ordered. No half measures there.”  Shastri was going ballistic with his famed clichés!

It is understood that Shastri would hold a special presentation ceremony later in the day with Rahul Gandhi and Narendra Modi when the outcome is finally known. Brace yourselves for questions like, “So Narendra, what have you decided? What is your side [cabinet] going to be?” and “So Rahul, what went wrong out there? Did you think the women empowerment bit went for a toss?” 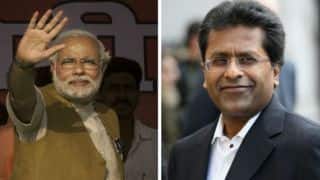 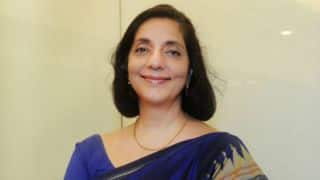