England’s new Director of Cricket, Andrew Strauss, the man who once called Kevin Pietersen a ‘c**t’ on air, has sealed the maverick cricketer’s fate, despite the latter smashing career-best 355 not out (291 in a single day) for Surrey against Leicestershire. The decision is not only abominable, but speaks volumes about the lowest of ebbs that England cricket has stooped to, explains Devarchit Varma.

Leaving the shores of his native land and to have played 11 years of cricket for another, shattering records and creating new ones and being considered as one of the best ever, is no mean achievement. Kevin Pietersen should be immensely proud of that. But at the same time, Pietersen should be profoundly dejected for not getting his due, for not being treated with respect, for not being loved as mavericks like him yearn for.

Today, there seem to be far more people in India than England who love Pietersen, who have flooded social media platforms, assuring him that he will get all that is due there. Kevin Pietersen remains unbeaten on 355 for Surrey against Leicestershire

Pietersen did not play cricket to establish himself as a role model; he played cricket only because he was outstanding at it. The sheer numbers prove he is among the best England have ever produced. Try to make an all-time XI for England, and it will be difficult to keep him out, which is saying something, given that the sport has been played in the country at serious level for two-and-a-half centuries, and more. Kevin Pietersen cannot return due to trust issues with ECB: Andrew Strauss

Seldom has England got a batsman as richly talented as Pietersen. Any other country would have gone to any lengths to get the best out of him. ECB, on the other hand, have tried their level best to cut short his glorious career. In process, England have lost more than what they realise.

And they have also robbed the cricketing world of a hero they want to watch excelling, and celebrate his feats.

It is not Pietersen’s fault that England have fallen into an abyss, collapsing rapidly like a monument without a strong foundation. The fact that England are at No. 5 in ICC Test Rankings (they were at the top in 2012), No. 6 in One-Day International (ODI) Rankings, and at a shameful No. 8 in Twenty20 Internationals (T20I) Rankings prove how the so-called ‘mighty’ have fallen. VIDEO: Kevin Pietersen: What more can I do?

One can only hope that there are men in England who realise that this is not Pietersen’s fault at all. The problems lie with the faulty system, the deplorable loftiness in their men who administer proceedings, the obnoxious imperiousness despite having no ground to stand, and the deeply-rooted politics that is stunting recovery.

In reality, ECB feels all wrong is at Pietersen’s end and all right is at their.

ECB does not see the fault in their captain failing to put the bat on the ball for five Tests in Australia. Alastair Cook’s misery is still not over. ECB does not see the fault of their bowlers having miserable time over years. Apart from James Anderson (and very occasionally, Stuart Broad), there is hardly a bowler who falls in the category of being ‘threatening’.  Peter Moores’ sacking is outrageous, proves England cricket is in deeper mess and ECB is responsible for it

ECB does not see the categorical failure of a robust system. Instead, they are interested in going after the men who try giving their best.

In an ideal world, you do not sack the batsman who has scored most runs in a series. But England do. Pietersen scored more runs that some of the sacred cows in England team in Ashes 2013-14, yet all wrong that ECB saw was in him. Outrageous.

Pietersen, who reportedly does not have a very good rapport with the ‘core group’ of England cricket team — obviously led by Cook — has too played its part in the sacking. All this should ideally not matter. Runs and wickets resulting in wins should.

Unfortunately, ECB are not interested in all this. They are more interested in going after people who give their best. They recently fired Peter Moores, the man who brought players like Anderson, Broad and Matt Prior to international cricket. In Michael Vaughan, England cricket have lost a goldmine that could have turned their fortunes

ECB has inadvertently caused tremendous harm to its cricket in the past couple of years by focussing on the wrong areas, and England’s current standing in international cricket explains that incisively. ECB may have asseverated its command over cricketing matters by joining the might of India and Australia and forming the ‘Big Three’, but they are far from being reckoned a force.

The defeats like the one to Bangladesh in ICC Cricket World Cup 2015 tells the state of England cricket, yet ECB are interested in keeping men like Pietersen away who live to do anything for success.

Politics has become an integral part of England cricket culture and it is killing their growth. There is no logical explanation for ignoring Nick Compton, who averages in excess of 55 in the County Championship. He was told to go back to domestic cricket and score runs. Despite being consistent, England are simply not interested in Compton. Is there a logical explanation to it?  Kevin Pietersen’s England comeback dream shattered despite county cricket triple ton

Today, after all the battles and the murkiness that has surrounded his relation with England cricket management, Pietersen wants to forge good relations once again. But England does not. Pietersen wants to extend his hand for strong support, something which they will not get from any of their current players in the upcoming Ashes 2015.

The entire cricket fraternity does, but England do not see the value in 326 runs (291 in a single day) scored by the 34-year-old Pietersen, batting more than seven hours proving he is far off from being ‘over’.

Unfortunately, England are not interested in a cricketer who is trying his best to forgo lucrative money from Indian Premier League (IPL) and get them the success which the current batch of players cannot earn them.

Pietersen could rather earn the extra bucks with his enormous talent and support his young family. He could not have been blamed if he had gone for another IPL stint. But England do not want to acknowledge, to respect the risk a father is taking, putting his young family in possible danger in order to pursue his dreams.

Pietersen, in his childish zeal, should have realised he was dealing with a system gone awry, like an expensive yet malfunctioning machinery that is about to collapse. Pietersen should have realised that he was dealing with a man who called him a ‘c**t’ on air — perhaps the true emotions coming out. One cannot help but recall the infamous incident that occurred in 2011 when Pietersen had to apologies for sending text messages to touring South African cricketers about his then captain Strauss. Pietersen later apologised to everyone, but it looks like the matter is far from done as far as England and their egos are concerned.

England will not gain anything by ignoring Pietersen. Instead, they will only lose a talent that came their way in the past decade. Pietersen may not be the ideal man or someone to be seen as a role model after all wrong that he has reportedly done. But to kill someone’s career without even giving him a logical explanation that he can no longer to what he has dreamt of for a major part of his life, is sheer cruelty.

England have been cold-blooded and atrociously wrong in their treatment of Pietersen, and one cannot help but sympathise for the man who smashed one of the biggest knocks in the history of the County Championship in his futile bid to play international cricket. The men who have killed this dream should be profoundly ashamed. 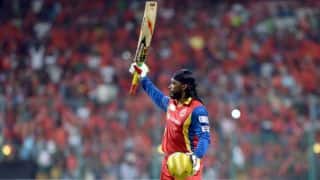