Peter Moores’ sacking is outrageous, proves England cricket is in deeper mess and ECB is responsible for it

Peter Moores’ sacking is outrageous, proves England cricket is in deeper mess and ECB is responsible for i

ECB are not clear in their ways, their aspirations and in their methods, and the list of off-field issues is increasing every day.

Less than a year after he was hired to change England’s fortunes, Peter Moores was sacked from the role of head coach. Devarchit Varma not only questions the move, but also questions England and Wales Cricket Board’s (ECB) intent going ahead.

Andy Flower is a man who deserves tremendous credit for turning England into an ordinary side to the one which came agonisingly close to look invincible — or at least by their standards. Yet, he was sacked mercilessly after a whitewash in the Ashes Down Under, a series that broke England so profoundly that the aftershocks are still to be seen. Flower’s sacking hinted England were getting tad restless about their cricket — like a child who has yearned for a toy for a long time finally gets it, and now he does not want to give it back. Alec Stewart: ECB should hang their ‘heads in shame’ over treatment of Peter Moores

For England, success became an obsession, not a habit or an addiction, which ideally should be the case. And in their bid to achieve it again, they embarked on a journey which they had no idea about, and have come a very long way, travelling into a dark abyss which shows no light or hope that would bail them out.

All that has transpired in their cricket in the last one year shows England have perhaps not only lost the direction, they have lost leadership as well. And that, is the starting point of implosion. Nasser Hussain backs Jason Gillespie as England’s new coach

Flower was sacked because England felt he had run past his expiry date. Well, it is astonishing to read England’s explanation that coaches too come with an expiry date, but the fact that they lacked direction back then and even today could be understood with the fact that they fired someone who had only lost one Test series — a series wherein their opponents were a zillion times better than them. Sometimes, you have to stand up and applaud how good your opponents were and there is work to be done at your end. But England cricket, in its all loftiness and self-centeredness, brushed that aside and embarked upon a journey so rigorous about, which they were absolutely clueless.

If there has to be a single incident held responsible for the disaster that England has gone through in the last two years, it has to be the Ashes 2013-14, because it sparked it all. In that series, Australia not only mauled their arch rivals but broke them so bad, England are still waking up everyday feeling pain all over body, trying to overcome the mental scars.

And the perfect way to get rid of it all, by the look of things, is by hiring and sacking coaches at will.

This is certainly cricket’s biggest ironies: coaches are meant to prepare the players to go out on cricket fields and win matches — they are only assistants to the so-called heroes. But unfortunately, for the sacred cows that reside in the herd of players, coaches are the ones to take the bullet, the blame and all that should ideally be shared.

The sacking of Peter Moores is outrageous. It is outrageous because he was hired to do a job — help England stand back on its feet after being dealt a severe blow by Australia — and yet he was not allowed time to do so. Moores was hired because England felt they needed someone who understood their system and their players, and his sacking is baffling because he was not even given 12 months to prove his worth. Kevin Pietersen not on England’s mind: Peter Moores

Moores’ sacking is outrageous because it comes with the appointment of Andrew Strauss in a freshly-created role. The former captain, who has been extremely critical of Moores and his ways, was expected to give a hard time to the coach, in his capacity of England Director of Cricket. But even before the fun began, even before to the new lows England could have stumbled, Moores was sacked. England and Peter Moores: The problem was with the inference and implementation

Wait. Sacked? Did he not ‘left his role’ as England coach? It was shocking to see Moores leaving the position within an hour after Strauss was officially appointed. But what also astonished was the ambiguity that surrounded Moores’ exit.

When the news broke, definite clarity was missing. Did he leave? Or was he sacked? Perhaps it was one of those excellent PR moves which the England and Wales Cricket Board (ECB) specialises in. And these are two questions which will never answer. They think they don’t need to. A former County cricketer, Luke Sutton, went on tagging almost everyone on Twitter on Saturday to clarify Moores was sacked, and he did not leave the role as the preliminary reports suggested. Peter Moores trolls Andy Flower

Going by what Moores’ said on his exit, it looks like he was removed. He as right to feel ‘devastated’ — any man who feels he has it in him to do the job will feel robbed if the opportunity is taken away.

But this does sets up one fact: ECB are not clear in their ways, their aspirations and in their methods, and the list of off-field issues is increasing every day.

Few more points that must be raised: if Strauss was to be brought in to stop the decline, why was he not made the coach? Why was he given thousands of other responsibilities which include the first and foremost of stopping England decline? There can be only two explanations: either ECB feel Strauss cannot be a good coach, or they are playing safe. 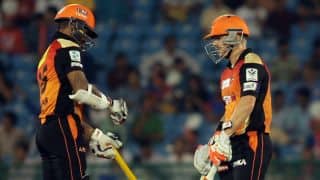 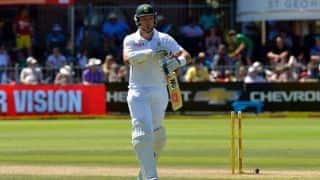 Graeme Smith to be apologised by Sunday Times